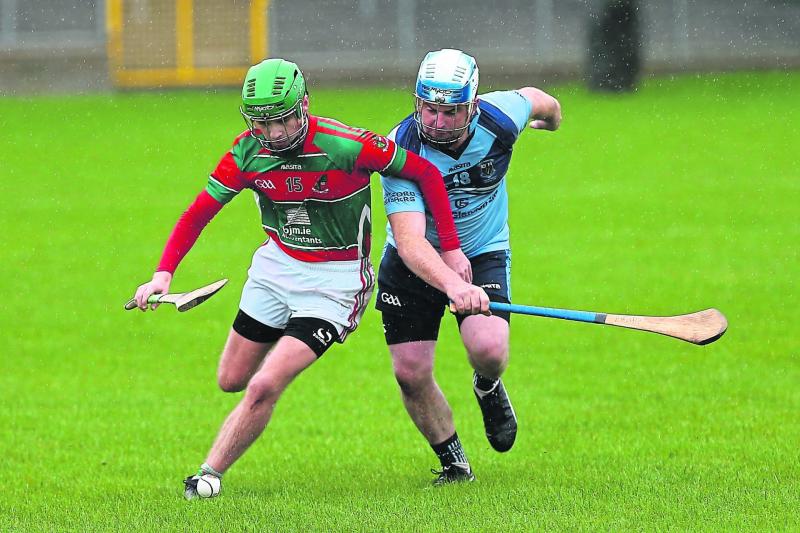 Longford Slashers will be hoping for a case of third time lucky when they take on the title holders Wolfe Tones Mostrim in the 2021 Senior Hurling Championship Final at Glennon Brothers Pearse Park this Sunday, throw-in 2.45pm.

Over the past two years Slashers have fallen to Clonguish Gaels (2019) and Wolfe Tones (2020) in their bid to capture the JJ Duignan Cup and the sky-blues are contesting their third final in the space of four years.

It’s 20 years since Slashers won the county senior hurling title and manager Niall Ward will be hoping his side can finally end that long wait on Sunday.

Standing in Slashers’ way are the kings of Longford hurling Wolfe Tones who have won 20 championship titles. They completed a magnificent six-in-a-row in 2018 and it was Slashers that stopped the Mostrim club from claiming a seventh consecutive title when they knocked them out in the group stages.

In last year’s final Wolfe Tones were comfortable winners but Slashers will be looking to avenge that result. In 2017 there was just one point between the sides in the final and this year’s decider could be just as tight.

The sides have already met this year in the group stage with Wolfe Tones coming out on top by five points. Goals at crucial times for the reigning champions was the difference on that occasion.

Eleven points was the winning margin when they both played Clonguish Gaels. In their two group games Wolfe Tones have sent out a strong sign over their fierce desire to retain the Duignan Cup.

Great strides have been made in Slashers over the years at underage level and several players have progressed to the senior squad.They are now looking towards youth. Wolfe Tones have set the standards for hurling in the county and it’s up to others to match what they have achieved.

Both sides are backboned by Longford county players and they’ll be looking for these men to lead the way on Sunday.

Wolfe Tones have a very strong defence with players that also like to get forward. Adam Quinn, Cian McLoughlin and Daniel Connell are good hurlers but they’ll have to be on top of their game in the final.

Longford Slashers have the likes of Karl Murray and Keelan Cox in defence. These two have been top performers over the last number of years and Slashers will be looking towards them on Sunday to once again raise their game.

The midfield battle will be an interesting one with Evan Tully and Luke Kelly for Wolfe Tones up against the very experienced Johnny Casey who will be partnered by William Tunstead. Whoever gets on top here will have a huge bearing on the game.

In the forward-line Wolfe Tones have an array of players who can get scores. The experienced Martin Coyle and John Newman are vital to their side and are big influences for the younger players like the talented Maitiu O’Donohoe and Tiarnan Hussey. Then there is John Mulhern who is so important to his side.

Cian Kavanagh has been superb for Slashers and is their main scorer in this year’s championship. Reuben Murray also knows how to get a goal or two so he’ll have to be watched closely on Sunday. Slashers need other players to step up so they are not reliant on Kavanagh and Murray.

Both sides have players they can spring off the bench to make an impact. Slashers have a large panel to choose from while Wolfe Tones have experience to call upon when needed.

What Sunday will come down to is who wants it the most and what big players will stand out. Wolfe Tones have a variety of players all over the field who can get scores and this could prove to be a decisive factor in the destination of the title.