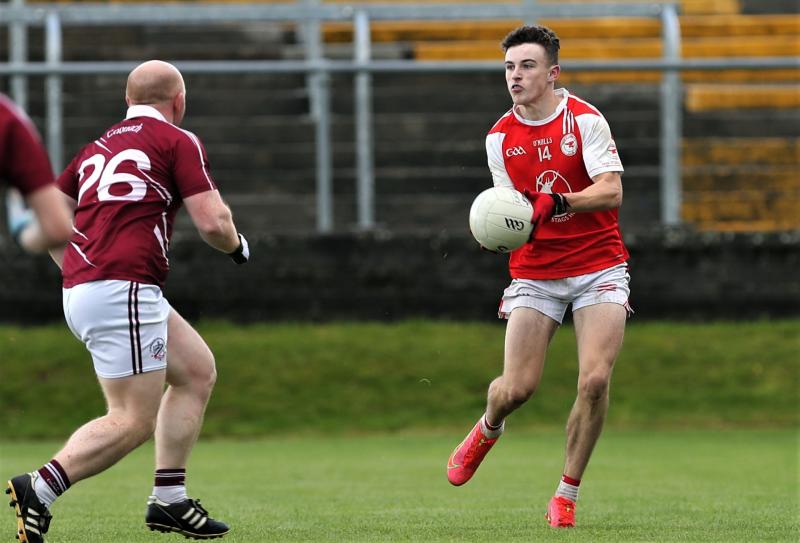 Daniel Reynolds (who scored both goals) on the ball for Connolly's in facing the challenge of Kenagh's John Gill. Action from the IFC game Photo: Syl Healy

Two second half goals from Daniel Reynolds saw Sean Connolly’s advance to the Intermediate Football Championship semi-finals after a draw with Kenagh in the crunch Group B clash at Glennon Brothers Pearse Park on Sunday.

Reynolds got his first goal in the 36th minute and five minutes later got a second to put his side ahead by six points. Credit to Kenagh they came back and grabbed a goal in the sixth minute of stoppage time but it was too late.

Kenagh will rue missed opportunities. They kicked a number of poor wides and took the wrong options on a few occasions. Connolly’s also kicked wides but the two goals they scored proved crucial in clinching a place in the last four.