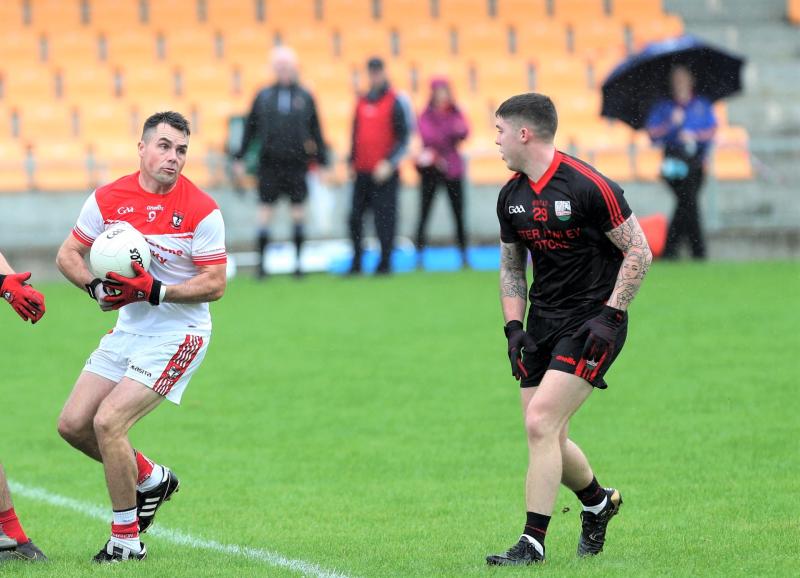 A goal from Kyle Fitzmaurice in the 56th minute proved to be the decisive score as Ballymahon beat Cashel to clinch a semi-final spot in the Intermediate Football Championship.

Played in miserable wet conditions at Glennon Brothers Pearse Park on Sunday, Ballymahon were two points ahead when a move involving Declan McGuinness and Joe Nevin ended with the latter passing to Fitzmaurice who turned before firing the ball to the net.

Cashel did pull a goal back in the first minute of stoppage time through Padraig Farrell but couldn’t get further scores.

Cashel will rue missed opportunities; they took the wrong option on some occasions and kicked a number of wides. This defeat ends their interest in this year’s Intermediate Championship.