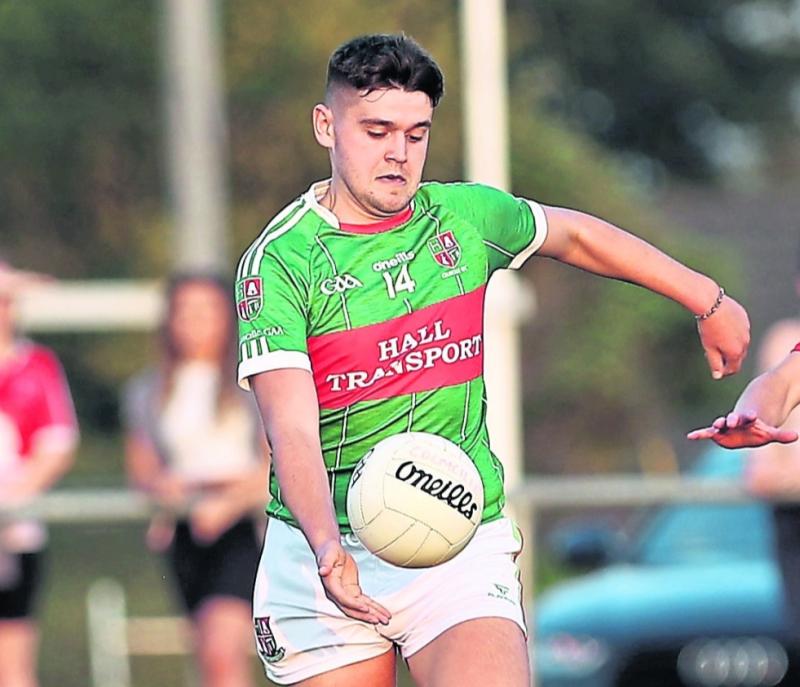 Rory Hawkins, who scored the last gasp winning goal for Colmcille against Slashers in the SFC Round 4 clash Photo: Syl Healy

A goal from Rory Hawkins with the last kick of the game saw Colmcille snatch a dramatic victory over Longford Slashers in the Senior Football Championship Group A Round 4 clash at Monaduff on Friday night.

Deep into stoppage time and two points down Colmcille went in search of a goal. A shot from Barry McKeon was excellently deflected out for a ‘45 by Ronan Sheahan. The ball was kicked in and in a scramble it fell to Hawkins and he fired to the net to guarantee Colmcille a place in the quarter-finals.

The final whistle then sounded, much to the sheer dismay of Slashers who must now beat Carrickedmond in their final group fixture in the bid to avoid a championship exit.

In a game that was full of niggles both sides didn’t end the game with their full 15 players; Slashers had Ronan Kenny sent-off for two yellows and Tadhg McNevin was shown a straight red card.  Colmcille’s Ciaran McKeon also received two yellow cards. Paul McKeon (Colmcille) and Conor Clarke (Slashers) were also shown black cards during the game.