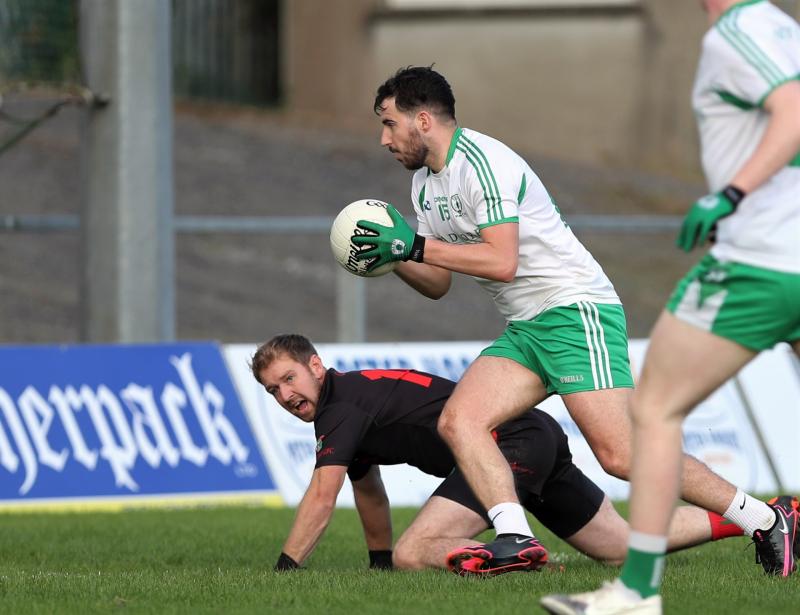 A terrific point from about 45 metres out from midfielder Fergal Sheridan earned Colmcille a draw against Killoe in the Senior Football Championship Group A Round 3 clash at Glennon Brothers Pearse Park on Sunday evening.

Emmet Og had edged in front in the 60th minute with a point from Mark Hughes but one minute into stoppage time Rory Hawkins played the ball to Sheridan and he fired a long strike over the bar to leave the sides all square at the final whistle.

Killoe will be happier with the result as they finished the game with 14 men after Ciaran Donohoe was sent-off for a second yellow card offence in the 41st minute. They also lost Liam and Gavin Hughes to injuries. Michael Quinn came in for Liam Hughes in the first half and made a big difference.

Mark Hughes scored both goals for Killoe, who led by 1-6 to 0-7 at the break, while the Colmcille goal in the second half came direct from a Barry McKeon free.