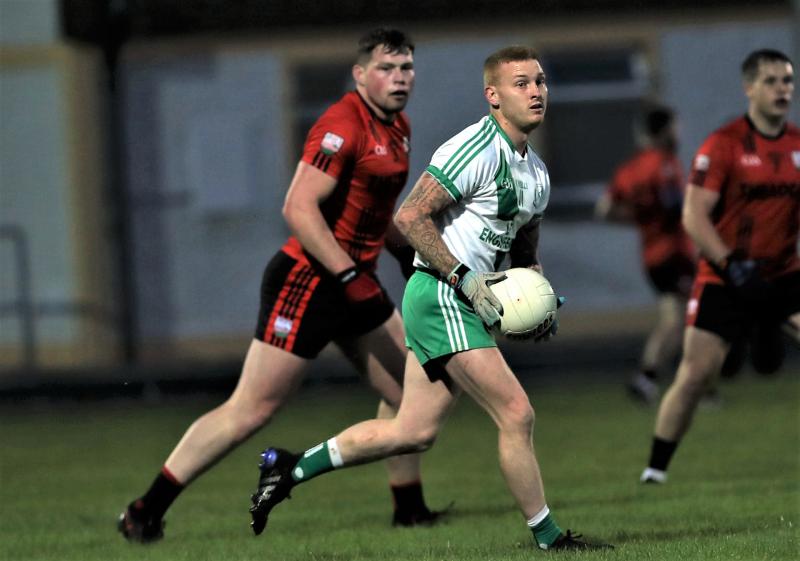 Darren Carberry on the ball for Killashee ahead of Cashel opponent Andrew Farrell. Action from the IFC game at McGann Park Pic: Syl Healy

Reigning champions Killashee had to battle extremely hard to overcome the tough challenge of Cashel in this crucial Intermediate Football Championship Group A Round 3 clash at McGann Park, Kenagh on Friday night.

Just two two points (1-4 to 1-2) separated the neighbouring rivals at the break and it was the same slender margin at the final whistle as St Brigid’s clinched a semi-final spot in their quest to retain the Hennessy Cup.

But Killashee suffered a significant setback as ace attacker Darren Carberry was forced to retire after sustaining a serious arm injury following a clash for the ball against Andrew Farrell just before the break and could be ruled out for the remainder of the 2021 championship campaign.

David Sweeney scored the Cashel goal while St Brigid's chief marksman Francie Dolan (1-4) found the back of the net for the title holders in the first half.