Longford SFC: Mullinalaghta turn on the power in the second half to overcome Dromard 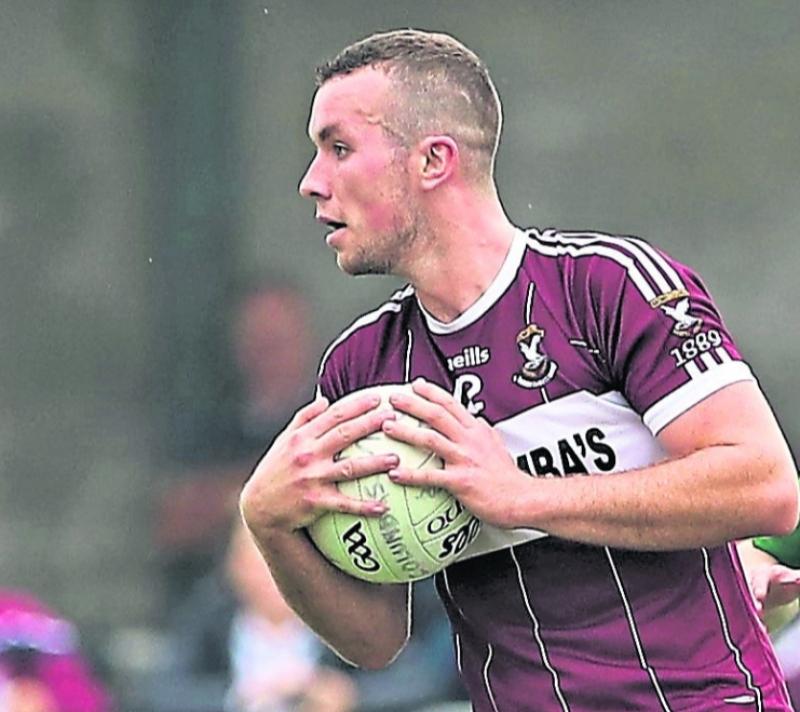 David McGivney, who scored four points for Mullinalaghta in their win over Dromard in the SFC Round 2 game Photo: Syl Healy

St Columba’s Mullinalaghta overcame a three point half-time deficit to record a comfortable 11 point win over Dromard in the Senior Football Championship Group B second round clash at Lynch Park on Sunday evening.

The scoreline is harsh on Dromard who produced a stunning first half of football but were dealt a blow when Francis McGee went off injured in the 23rd minute. The quality of scores throughout were of a high level.

Two Joseph Hagan goals helped Dromard to a 2-4 to 0-7 lead at the break but Mullinalaghta turned on the power in the second half and showed their quality. Cian Mackey controlled a lot of their play while James and David McGivney and Rian Brady got vital scores.