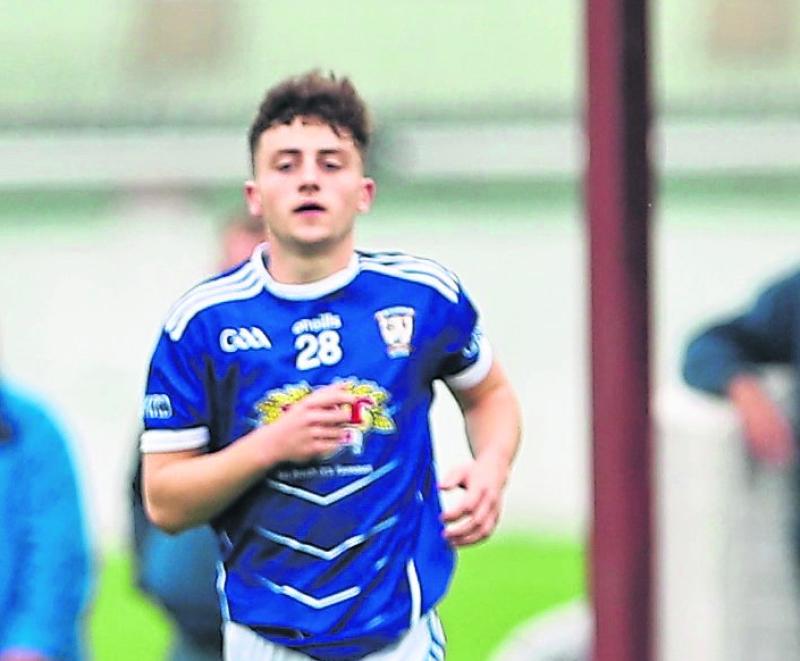 Micheal Hynes, who fired over one of the scores in the Granard comeback against Clonguish in the SFC Round 2 game Photo: Syl Healy

Rattled by a Jack Duggan goal in the closing stages of the game and who fell three points behind when Clonguish substitute Josh Sorohan shot over the bar in stoppage time, Granard recovered in staging a late, late comeback to snatch a draw in the Senior Football Championship Group B second round clash at Michael Fay Park on Sunday.

St Mary’s showed a lot of character to level matters thanks to scores from Micheal Hynes and Darren Gallagher (two frees) with the county midfielder getting the equaliser with virtually the last kick of the game in the sixth minute of additional time.

Clonguish trailed by 1-4 to 1-3 at the break in this tight contest and both goals in the first half came from penalties converted by Joe O'Brien and Gallagher.