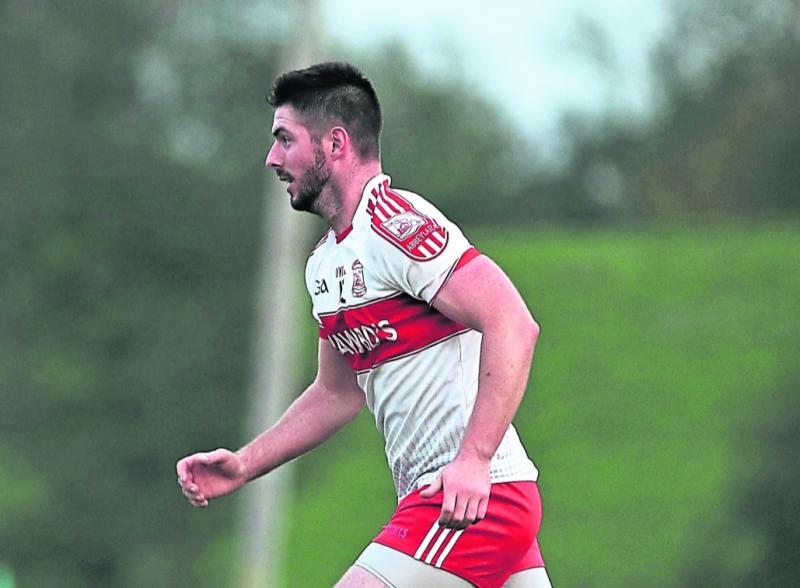 Abbeylara ace Robbie Smyth who scored 4-3 in their win over Dromard in the SFC Round 1 Photo: Syl Healy

Smyth scored his opening goal in the first half and followed up with three more in the second half while Cathal Gilligan also found the back of the net for Ryan Plunkett’s side.

Smyth’s fourth goal came in the 60th minute and put five points between the sides but there was still time for drama.

Dromard felt aggrieved they didn’t get a free right at the end in their bid to snatch a draw and when the final whistle was eventually blown, Abbeylara questioned why there was so much stoppage time in hanging on to win by the minimum of margins.