Longford SFC: Strong first half display puts Granard on the way to victory over Rathcline 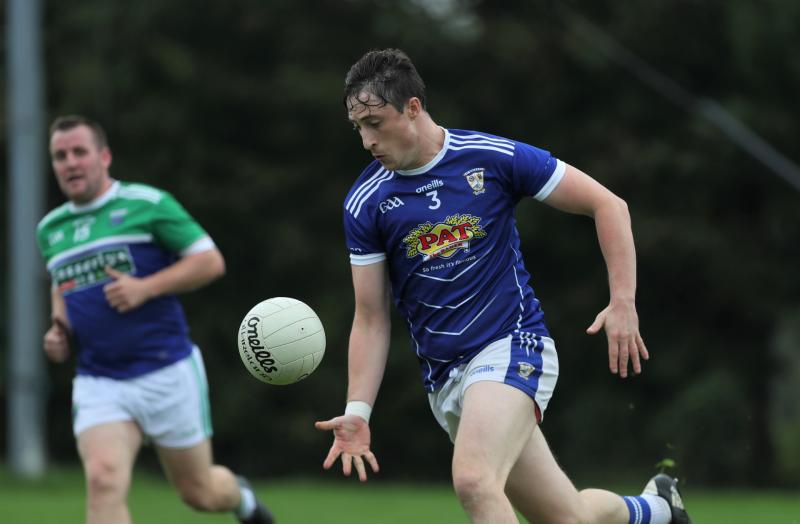 Thomas Gallagher pictured in action for Granard in breaking away from Rathcline opponent James Hanley in the SFC game Pic: Syl Healy

A strong first half display gave Granard a decisive edge over Rathcline in the Senior Football Championship Group B Round 1 clash at C&D Devine Park on Sunday evening.

While St Mary’s had built up a commanding 0-10 to 0-3 lead at the break, the Lanesboro outfit enjoyed a dominant spell in the third quarter of the contest and had closed the gap to four points when Shane Kenny was denied a goal by the crossbar in the 38th minute.

A point from powerful midfielder Darren Gallagher soon after eased the pressure on Granard and they got back on top to win by the comfortable margin of eight points in the finish.

Rathcline were reduced to 14 players when defender Dylan Glancy was sent-off after receiving a second yellow card in the 52nd minute and then up stepped Gallagher to convert a penalty for the St Mary’s goal.