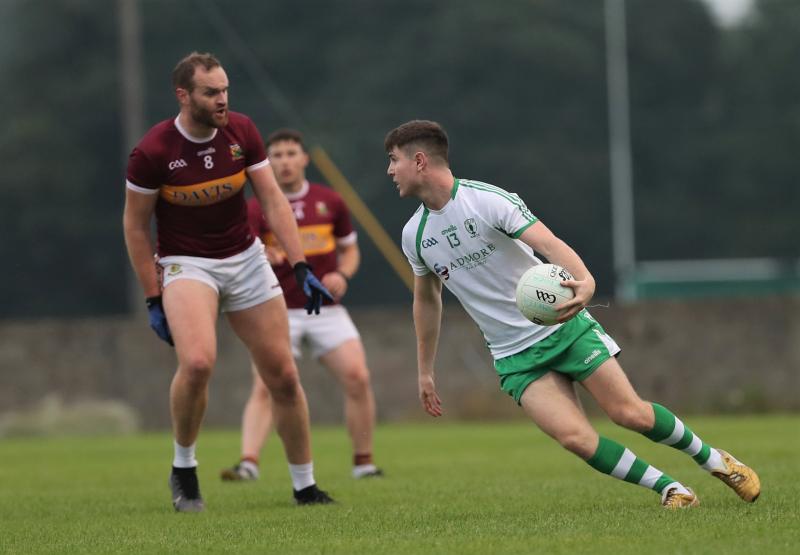 Larry Moran on the attack for Killoe in breaking away from Gaels opponent Sean Whelan. Action from the SFC Round 1 Pic: Syl Healy

In the end it was all too easy for Killoe as they began their defence of the Connolly Cup with an emphatic win over Fr Manning Gaels at Allen Park on Saturday night.

The Drumlish/Ballinamuck side put it up to Killoe in the first half of the 2021 Senior Football Championship Group A first round clash and the sides were level in the 28th minute when Paddy Collum kicked over a free.

Killoe replied with a fine point from Darren Moffatt and a goal from Daniel Mimnagh saw the reigning champions lead by five at the break, 2-5 to 0-6.

Emmet Og showed their class in the second half and upped their performance in adding another 1-10 to their impressive tally.