Longford 2020 SFC Final: Michael Quinn reflects on rising to the occasion when the pressure was on 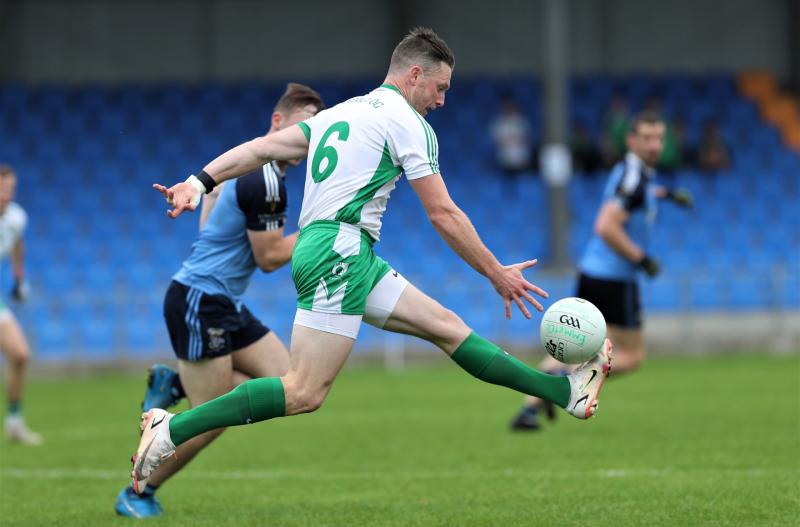 Killoe defender Michael Quinn said that his side rose to the occasion during the 10 minute spell in the second half when defender Liam Hughes was black carded and Slashers got back on level terms.

The lead had been four points in the 43rd minute but Hughes was shown a black card for hauling down Darragh O’Connell. Slashers scored the resulting penalty and then equalised but Killoe kept cool heads.

Man of the Match award winner Quinn said: “We thought that we’d have the legs on Slashers with about 15/20 minutes to go. When we got the man black carded that kinda threw the cat amongst the pigeons. We had to think a bit differently. It took us a while to organise it a little bit.

“We rose to the occasion during that 10 minute spell and when Liam came back in that gave us another lift. Slashers put it up to us and pushed us the whole way. We kicked on and got the result in the end.”

Killoe created a few goal chances throughout the game but failed to put any away. Quinn admitted it’s something that they have to work on.

He said: “We probably got a few sniffs. It’s funny the way the game is played;  you look at inter-county teams that go too safe sometimes. We were probably guilty of that a little bit.

“We were taking marks and not taking our man on. That’s probably something that we will look at going forward in the next few weeks; try and get more goals on the board.”

With the 2020 season now over, Killoe are back in action this weekend with the start of the 2021 championship. Quinn is relishing the games coming thick and fast.

“It’s great; what more do you want?  Recover, go again, celebrate, recover, go again. 10/12 weeks of it. You want games every week. It is not ideal but if you had that or an eight week pre-season or a lay-off. Most of the lads are young and fit and healthy.”

It has been a strange year and Quinn is delighted that football was there to give people a lift after all they’ve been through. His first county title was memorable but he’s grateful of this 2020 success.

He said: “The first one is always the sweetest. Then you get a bit of a spell and there is an appreciation and with Covid there was more of an appreciation. It tightens up things with family and friends.

“Testament today, everyone that’s here and it makes you realise the ones that aren’t here, how important it is. We are delighted to bring that bit of joy to everyone.”

One of the supporters in Glennon Brothers Pearse Park on Sunday watching Killoe win their 13th SFC title was Quinn’s 10 month old daughter Alice. The game didn’t put her to sleep but her father was hoping she’d be napping by the time they reach Killoe.

“She hasn’t napped yet. That’s going to be interesting later on. Hopefully by the time we get home she’s panned out.”