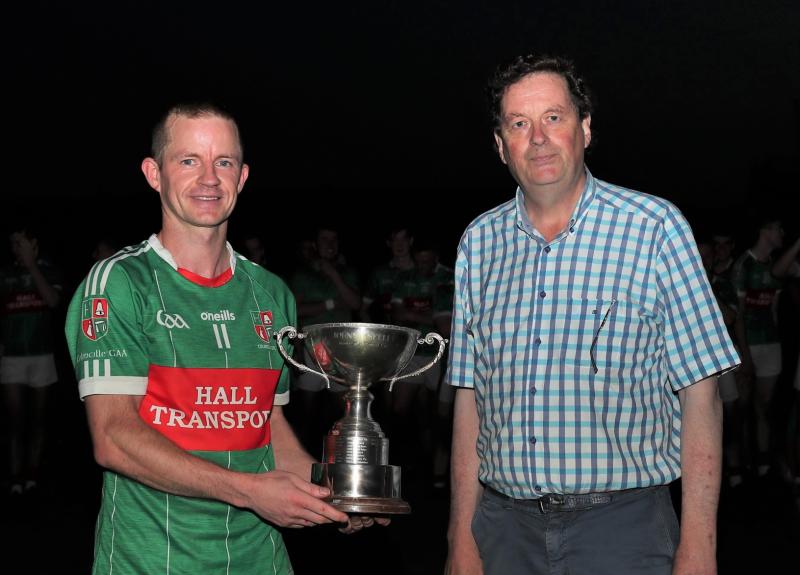 From the moment Seanie McKeon struck to score the opening goal with 18 minutes gone in the final at McGee Park on Friday evening, the pressure was piling on Abbeylara who fell even further behind when Ciaran McKeon converted a penalty for the home side in the closing stages of the first half.

Leading by 2-8 to 0-7 at the break, Colmcille were gifted a third goal immediately on the changeover when a dipping shot from Vinny Hourican was fumbled over the line by the Abbeylara keeper Gavin Kelly.

In a fixture that doubled up with Round 10 of the 2021 Division 1 league, Abbeylara were given a glimmer of hope when Colm P Smyth scored a well-taken goal in the 40th minute but Colmcille consolidated their tight grip on the game to capture the Johnny Skelly Cup.

The Colmcille club will be chasing further glory when their second string take on the Killoe Emmet Og second string in the 2020 Junior Football Championship final at the Monaduff grounds, Drumlish on Wednesday night next, throw-in 8pm.