U-18 title decider against Meath next Wednesday August 25 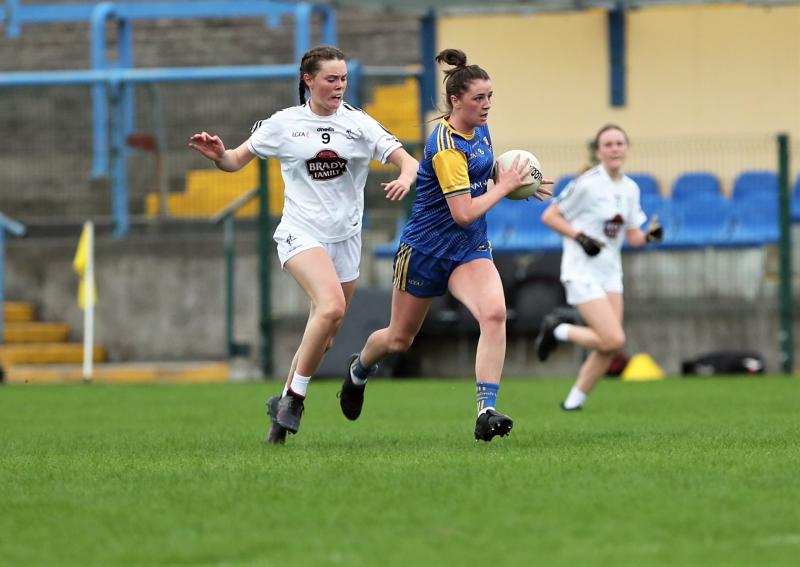 Grace Shannon pictured in action for Longford against Kildare in the Leinster Minor 'A' Championship clash Photo: Syl Healy

Longford Minor Ladies produced a fine performance to beat Kildare in the U-18 Leinster ‘A’ Championship clash at Glennon Brothers Pearse Park on Wednesday night to book a place in the title decider against Meath.

Following a disappointing display in last week's defeat against Meath in the group stage, Alan Mullins' charges were in determined form and led by 0-8 to 0-4 at half-time.

Kildare made a great start to the second half, scoring 1-1 inside the first minute to get back on level terms, but the Longford girls didn't panic and took control again.

A goal from a penalty converted by Melissa O’Kane late in the game made sure of the victory and Longford will face Meath again in the final on Wednesday night next, August 25.