Colmcille in control against Mostrim in the Longford senior league

All County Football League Division 1 - Round 7 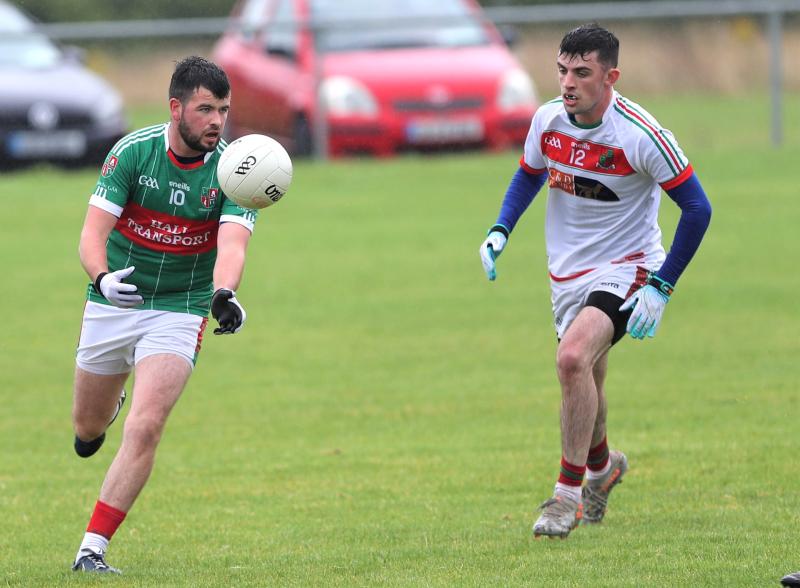 Barry McKeon on the ball for Colmcille ahead of Mostrim opponent Maitiu O'Donohoe at McGee Park Photo: Syl Healy

Colmcille proved too strong for Mostrim as they recorded a 10 point win at a wet and windy McGee Park on Saturday evening.

Eugene McCormack’s charges moved up to second in the Division 1 league table following this victory. They’ve tasted defeat just once in the league; against Mullinalaghta.

Colmcille were in control in this game. Mostrim did score a goal six minutes from the break in cutting the gap to four points (1-5 to 1-1) but were always fighting a losing battle and didn’t score again until the 43rd minute.

Barry McKeon made a welcome return from injury for Colmcille in their midweek win against Granard. McKeon was able to start against Mostrim and was influential in this latest success.

Shay McKeon and Darragh Doherty scored the goals in the first half.