Who will be heading to Croke Park for the title decider against Louth or Cavan? 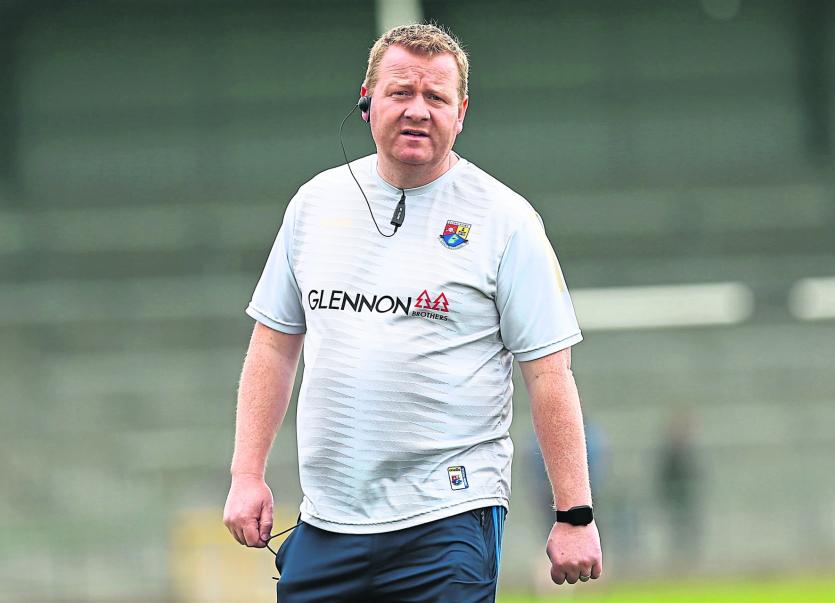 Longford senior hurling manager Derek Frehill is under no illusions as to just how tough the Lory Meagher Cup semi-final against Fermanagh is going to be at Glennon Brothers Pearse Park this Saturday, throw-in 2pm.

The Erne County secured their place in the last four with a fine 3-15 to 4-6 win over Monaghan on Saturday last. Frehill knows very little about the opposition but said there is very little between the sides in the competition with Louth and Cavan clashing in the other semi-final.

Frehill said: “There isn’t a whole lot between us all. It was just a matter of who got goals at the right time. There was no links to the game. Fermanagh seemed to have been in control. I looked at the line-ups and Fermanagh have at least four new players. There seemed to be very little interest in the game altogether.”

Longford’s last group game was a draw against Monaghan but it came at a price.

The Longford boss said: “For us there were some positives; we got to play the likes of Adam Quinn, Evan Tully got a look in and Aiden Sheridan was back. There were lads that got an opportunity and in fairness you’d be happy with them, they all played well.

The big disappointment was we lost Cathal (Mullane) and Paul (Barden) through serious injuries.”

The news on those injuries isn’t good. Both Mullane and Barden are awaiting results but it looks like their season is over. Frehill is hoping that they don’t pick up anymore injuries before the big game this weekend.

He said: “The squad has really come together and they are driving each other on which is great. We just want the game to come; we don’t want any more injuries.”

Longford showed battling qualities in the game against Monaghan. Those qualities are something that pleases their manager.

“There is no doubt the quality that the lads have. Our biggest problem is we lack consistency. We were delighted that the lads showed really good heart and they battled.

“We wanted to keep the momentum going. After beating Louth it would have been hard to be defeated. We were disappointed with our poor start again,” stated Frehill.

With a place in the Lory Meagher Final and a trip to Croke Park at stake, Frehill admitted it’s a huge game.

He said: “No one is taking this game lightly. This is a huge game. It’s the biggest game for some of the lads in their career; especially some lads coming through. That is the message the lads are giving, you don’t get these opportunities many times in your career.”