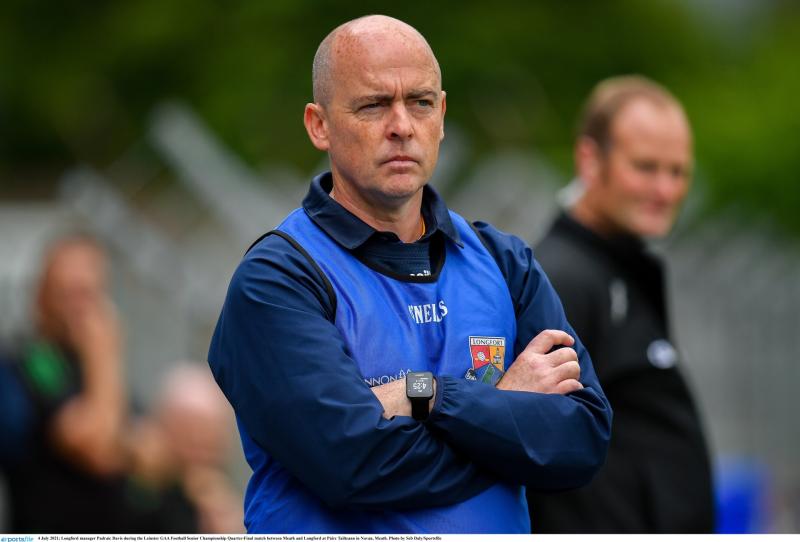 Since he took over as manager of the Longford senior football squad in 2018, Padraic Davis has always been honest and very open. He admitted Sunday’s heavy defeat against Meath in the Leinster Championship quarter-final played a part in his decision to step down as manager.

He said: “Obviously a heavy defeat like that doesn’t help. I’m not getting any younger. I’ve a young family, a busy business and I look up at the scoreboard there. Do I have the energy to try and pick that up again, and go again? And if I’m honest, I don’t.”

Davis broke the news of his decision to the players and backroom staff first, before he announced it to the media. He said: “We had a good long chat in there. They are a fantastic bunch of lads. I’m very lucky and privileged to be involved with them. I just wanted to tell all of them there together I won’t be continuing on as manager. I didn’t want them getting that over the phone or a circus around it in a few months' time.”

The Fr Manning Gaels clubman spoke of his delight to get the opportunity to manage his county at senior level, after being involved at various other grades. He said: “I have been incredibly lucky over a long period of time; to have played for my county, involved in the minors in 2010 with Ciaran Fox when they won the Leinster title. I managed at U21 level, Junior level and then to be given the chance to manage your county senior team.”

Looking back on his time as manager Davis points out the O’Byrne Cup success and consolidating their position in Division 3 of the National League as being the best achievements under him.

“Last year we were in a very good place. After we won the O’Byrne Cup we were flying in the league; beat Tipperary well and then Covid struck. And it’s been difficult for everybody. These guys, they didn’t give up. Everybody thought we’d be relegated but we stayed up. We look back at that. Staying in Division 3 for another season. The effort levels from these lads to keep us in Division 3 deserves a lot of credit.”

Next year Longford will be playing in Division 3 for the seventh year in a row. Davis knows there will be changes in playing personnel. He wished his successor the best of luck and praised the players that he managed for the last three seasons.

“There is always going to be a rebuilding job when you are operating at Division 3 and 4 level, in particular. We are probably looking at coming with a newish team now. A lot of those young lads, very much, have stepped up to it.

"We have blooded a lot of them. They deserved it. I wish whoever picks up now, and works with them, the very best of luck. Football aside you couldn’t be hooking up with a better bunch of lads. From day 1 three years ago they’ve shown me the height of respect,” concluded Padraic Davis.