Leinster Round 1 clash at the Haggardstown grounds this Thursday evening, 7.30pm 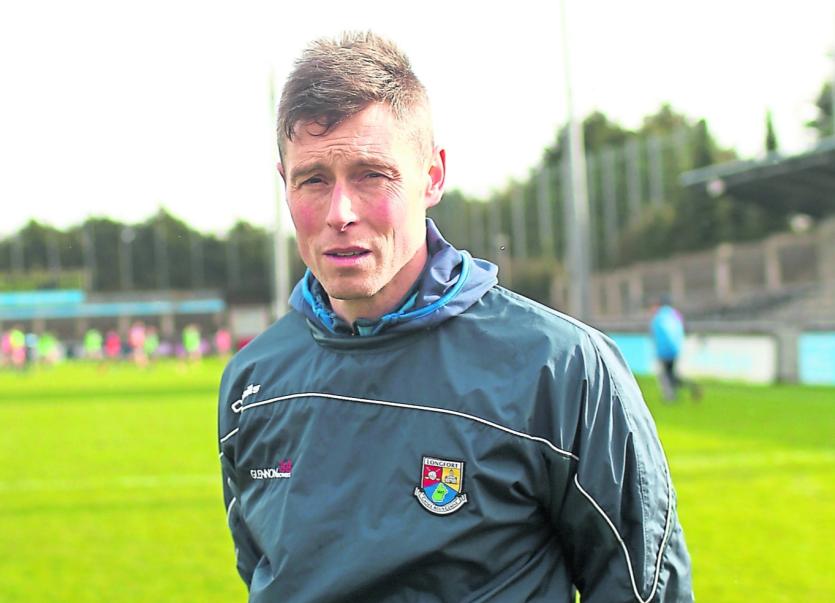 Despite the Covid restrictions, Longford U-20 football manager Donal Ledwith said that this year’s preparation for the Leinster Championship has been better than last year.

Longford are away to Louth in the first round of the championship this Thursday evening at the Haggardstown grounds, throw-in 7.30pm. The 2020 championship took place in February when conditions weren’t ideal for training.

“Last year’s preparations were all about the time of year and the availability of pitches. We had pitches that were waterlogged coming close to the Dublin game.

“This year the ground is perfect and we have no distractions. The group is together all the time. We have worked hard since we came back and played a few challenge matches along the way,” stated Ledwith.

The gap between the 2020 and 2021 championships has worked in Longford’s favour, in some ways. Players that were out with long term injuries are now back and ready to go.

Donal said: “There were a few lads that hadn’t played a game in 11 months. The flip side of it was that the time had been good to recover from the injuries.

This year’s team is backboned by a large number of players who played against Dublin in the U-20 championship last year.

Unfortunately they have lost players due to work commitments but Keelin McGann is back, having missed the Dublin game through injury.

The Longford boss said: “We have about nine/ten players that featured against Dublin. We lost Richard Prior due to work reasons. We didn’t have Keelin McGann last year because he broke his nose.”

Ledwith is happy with the panel of players that he has assembled. It’s one that is full of experience; with 17 year old Micheal Hynes from Granard the youngest player in the squad.

“Last year we had a younger panel. We’ve been looking at this as a long term thing. We have a small amount of young lads this year.

“Micheal Hynes is probably our youngest player. He’s looking up to these lads. Some of them are established club players. It’s great for him to be in there and developing.”

The focus is very much on getting Longford’s performance right. Longford don’t know too much about Louth.

The counties have met previously at Under 17 level but as Ledwith acknowledged, a lot changes between 17s and the Under 20 grade.

“You are looking back into old stuff; Under 17 games but you can’t take much from that. These lads have developed since then.”

For Ledwith and his management team, key characteristics for them is a strong bond and good team spirit between the players. He believes it’s so important:

“It’s massive. They all have each other’s back. The man that is picked, the man that is not picked is fully behind him. We are big into that; trying to build that spirit. When things go bad in a match we need that spirit,” said the Abbeylara clubman who is also a county senior selector.