Longford cautious but looking good to get past Carlow 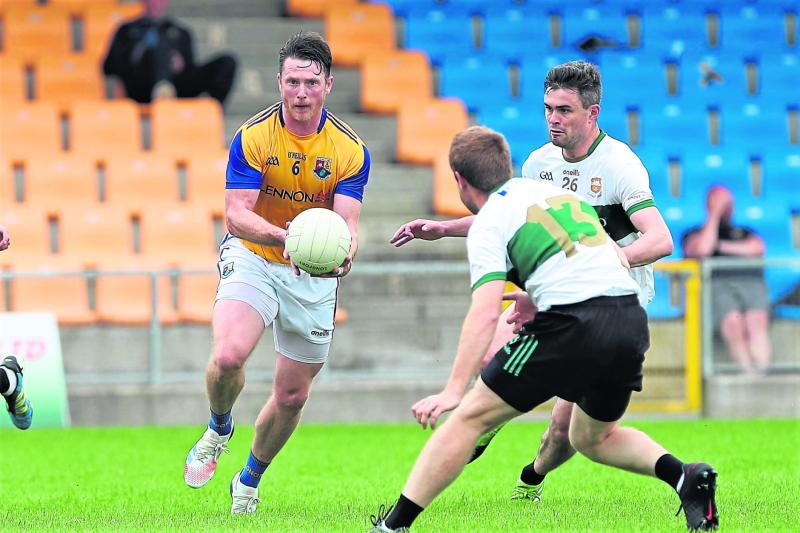 On the evidence of their fairly emphatic win over the reigning Munster champions Tipperary in the National Football League Division 3 relegation semi-final, few can argue with the fact that Longford are looking good to get past Carlow in the opening round of the Leinster Championship on Sunday, throw-in 4.30pm. Live stream on GAAGO

While Padraic Davis and his players will be heading to Tullamore in a confident frame of mind after recovering from a very poor start to the Covid delayed season, they cannot afford to take anything for granted against the Division 4 opponents who have caused a couple of upsets in the recent past.

O’Connor Park was the venue for one of the greatest wins in the history of Carlow football back in 2018 when they created a massive upset to knock Kildare out of the Leinster Championship and there was no fluke about the impressive 2-14 to 1-10 triumph.

Let us not forget that Carlow crushed Louth by 2-17 to 0-12 in the previous round under the guidance of their inspirational manager Turlough O’Brien before the tremendous run in the provincial series three years ago came to a halt in the semi-final against Laois who came out on top by four points at Croke Park.

Most unfortunate to suffer the bitter disappointment of relegation from Division 3 of the National League in the 2019 season, Carlow have struggled since then but doing his best to engineer another resurgence is the new boss Niall Carew.

Kildare native Carew, the former Sligo and Waterford senior football manager, will be hoping that his side can cross the first hurdle in the 2021 championship and will certainly not mind the underdogs tag.

Carlow made a flying start to the current season with a comprehensive 3-16 to 1-10 win over Waterford and went on to beat Wexford by a point to reach the NFL Division 4 semi-final against Louth at Netwatch Cullen Park a couple of weeks ago.

With former Tyrone supremo Mickey Harte now in charge, the well drilled Louth team took early control and it was soon apparent that they carried too much firepower, physicality and class for Carlow who lost out by eight points in the finish.

Trailing by 1-12 to 0-7 at the break, there was a glimpse of a revival early in the second half but Louth reasserted their superiority in the final quarter of the contest.

Jamie Clarke got an injury time goal for Carlow when he converted a penalty but it was a mere consolation in the eventual 1-23 to 1-15 defeat.

A total of 16 scores was still a very respectable return and Paul Broderick will pose the biggest threat for the Longford defence.

The deadly accurate Broderick, who was nominated for an All-Star in 2018, is a top quality forward who will be difficult to contain and he fired over seven points in the recent clash against Louth.

At least Longford will not have to face Brendan Murphy and Sean Murphy who were a formidable midfield partnership during Turlough O’Brien’s fine time in charge of the Carlow squad.

The two Murphys are no longer part of the squad but there are a number of other good footballers who have the ability to cause problems.

Eire Og players Sean Gannon, Eoghan Ruth, Jordan Morrissey, Ross Dunphy, Colm Hulton and Cormac Mullins will be going all out to make a big impact for their county.

For the second time in the space of three years, Longford and Carlow will clash in the senior football championship with Meath awaiting the winners in the Leinster quarter-final on July 4.

While Longford scored a comfortable 2-11 to 0-7 win at Netwatch Cullen Park in Round 1 of the All-Ireland SFC Qualifiers back in June 2019, injury ruled Paul Broderick out of the game while Brendan Murphy and Sean Murphy were also missing due to suspension.

Longford were guilty of shooting a total of 17 wides during the course of a dour battle and will need to make better use of the scoring chances that come their way on Sunday.

The good news is that Donal McElligott has recovered from injury and he made his first appearance when brought on in the closing stages of the tremendous win over Tipperary which was a huge lift for all concerned in the aftermath of the heavy defeat against Derry.

There were signs of improvement against Cavan, despite another setback, and things got better in the draw against Fermanagh in Enniskillen before the players produced their true potential in plunging Tipp down into the dreaded Division 4.

Manager Padraic Davis was very pleased with that performance and will be hoping to make further progress in the championship with a generally young Longford team who possess a lot of pace in their quick counter-attack style of play.

Davis will welcome back defender Gary Rogers after serving a one match suspension while also missing in the match against Tipperary were the injured trio of Daniel Mimnagh, Barry McKeon and Liam Connerton.

If all the players are fully fit then the management team will have a selection headache to deal with in what has become a very committed squad effort so no matter what team starts in Tullamore will surely be good enough to conquer Carlow.

In the final analysis, let there be a word of warning! Remember that happened when Longford were the firm favourites to beat Carlow in the opening round of the 2004 Leinster SF Championship and crashed to a demoralising 4-15 to 1-16 defeat at none other than the same O’Connor Park venue.