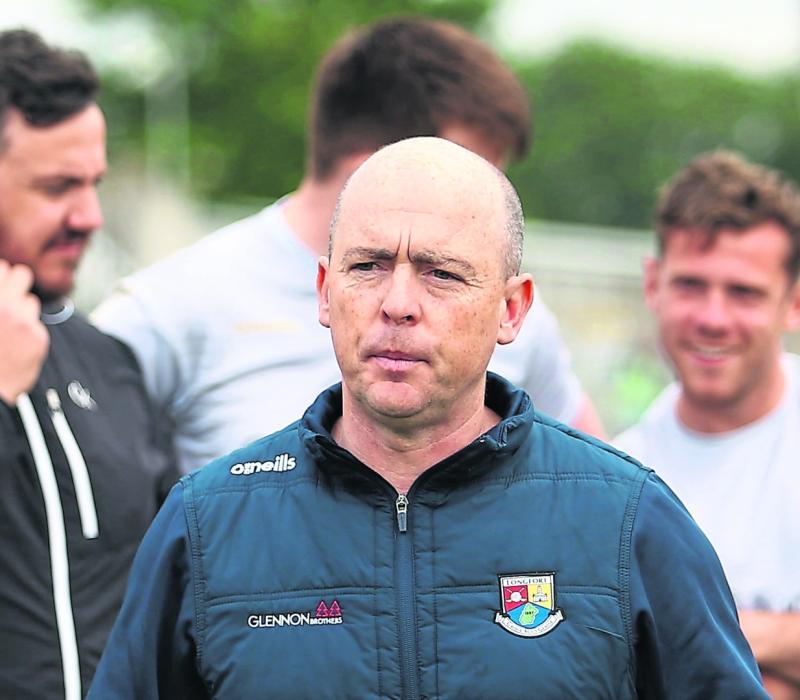 Longford retaining their Division 3 status in the National League has given the players a big boost ahead of their Leinster Championship clash against Carlow on Sunday.

Although they are buoyed up by that win over the reigning Munster Champions Tipperary, Longford manager Padraic Davis said they can’t take their eye off the ball now.

“Carlow in the championship is one we are looking forward to. There is a spring in the step of the lads. No way can we take our eye off the ball now. We have to focus on a performance against Carlow. If we lack that, we will suffer. We have to guard against that.”

Carlow will provide tough opposition for Longford and wary Davis is well aware his side will need to put in a performance if they are to advance in the championship.

“We saw what complacency has done in the last weekend of the league. We can not underestimate Carlow.

“We know we need a big performance because if that is absent we will be in trouble.

After suffering a heavy defeat to Derry in their opening group game in the league, Longford’s performances improved as the weeks went on and it culminated in that excellent win over Tipperary.

Davis said: “That improvement is immeasurable. We put in a great performance against Tipperary last year in the league and then Covid hit. Since then I honestly believe the only regret is the Laois game in the championship; we were in a perfect position at half-time.”

Davis was full of praise for the players who have given their all for the county. Being a small county and with a small pool of players to pick from Longford have definitely punched above their weight.

“When you look at Cavan who won 4 Ulster U21 titles in a row; it was no surprise they went on to win an Ulster Senior title.

“We won a Leinster Minor title in 2010 and have squeezed the life out of the likes of Paddy Collum, Barry McKeon, Robbie Smyth, Darren Gallagher and Barry O’Farrell. It is tough.”

Bord na Mona O’Connor Park is the venue for Sunday’s game. A ground that Davis and Longford have fond memories.

“We won a trophy in our last outing there; the O’Byrne Cup. One of  our best performances was the drawn game against Kildare in the Leinster Championship in 2019. It’s a ground the players like.”

Davis was without a number of players for the Tipperary game and the men that came in made an impact on the game. He admitted he’ll have a selection headache.

“No doubt about it; the lads that came in have put their hands up for places on the team. It’s a good position to be in. Some lads are going to be disappointed but it’s all about the squad.”