Longford hurlers take on Louth in the Lory Meagher Cup 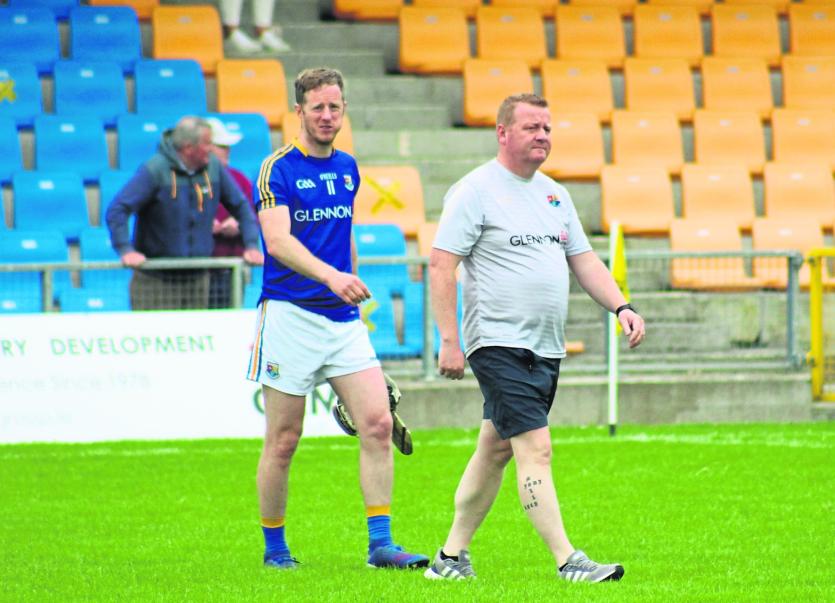 After suffering the disappointment of relegation to Division 3B of the National League, the Longford hurlers will want to put that behind them as they prepare for the Lory Meagher Cup championship campaign.

Speaking about the loss to Monaghan in their final league game which condemned them to the bottom tier in the league,

Longford manager Derek Frehill said: “The underlying thing we learned from the league is that we have been absolutely terrible in the opening quarter.

“Every game we’ve gone in at the first water break and the game has almost gone beyond us. We’ve given ourselves mountains to climb. It’s something we need to address and address, fast.”

The slow start is something that Frehill can’t understand or find a reason for.

“In fairness to the boys we are working hard; training has been going quite well. The camp is happy so I can’t pinpoint anything.

“ It takes us a while to click into gear and when we have we’ve been quite good. It’s frustrating and we should’ve beaten Tyrone.”

Frehill and Longford don’t have too much time to dwell on their league campaign. The county hurlers face Louth at Glennon Brothers Pearse Park on Saturday (4pm) in the first game in the Lory Meagher Cup with Monaghan (away) also in the group.

Frehill said: “The league is behind us and we need to forget about the previous performances.  We need to get the house in order but the attitude is good. The players are disappointed with the way the league campaign turned out.

“We all felt as a group things had been going well. We’ve picked up knocks and injuries and for us this has happened to a lot of our key players. Hopefully we can get them right.”

In contrast to Longford, Louth come into this game on the back of gaining promotion to Division 3A after winning the Division 3B title. Frehill knows how important a win would be for his side but is well aware of the challenge Louth will pose.

“It is a massive game for us. As a group we need a win which will gain momentum. We are ticking all the other boxes. I’m confident we can get it right.

“The lads have great ability when we click and we go well. We should be able to up our game. We are capable of a big performance.”

Longford have been hit by injuries in recent weeks. Cathal Mullane, Enda Naughton and David Buckley couldn’t start against Monaghan while Joe O’Brien went off injured in that game but hopefully he will be able to feature  against Louth.

Frehill was quick to praise Longford’s physio Aisling Lyons: “Our fitness levels are good. The busiest person at the moment is Aisling Lyons, our physio. She has worked so well with the guys and has done a brilliant job. She has been excellent. We were out three weeks in a row in the league which was a tough schedule.”

The Longford manager is hoping that he will have a full strength panel to select from in naming the team for the Louth game.

“Since I’ve been here we’ve never used as many players in the league. I’m hoping they will all be fit to face Louth. We need to work them through it and make sure they’re not off the pace,” stated Frehill.