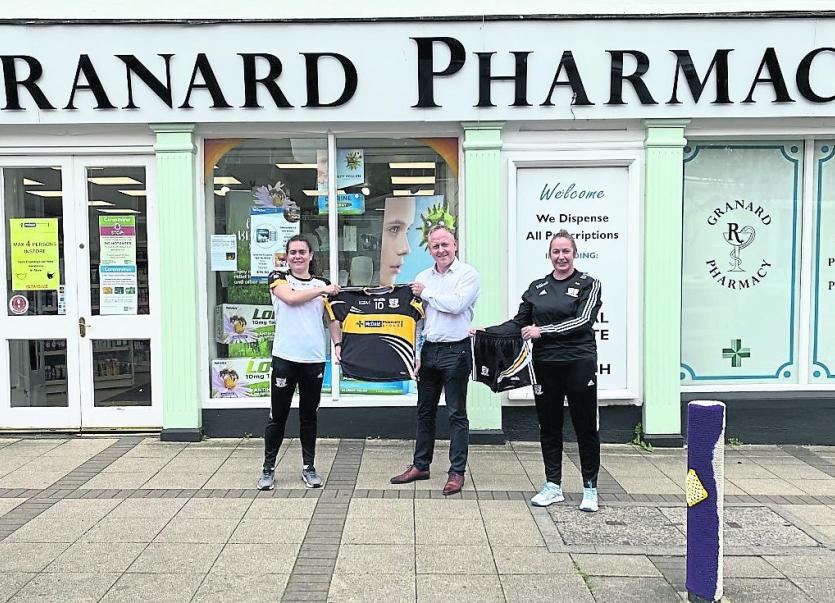 For the Ballymore ladies football squad the long wait is over. Having booked their place in the 2020 Leinster Junior Club Final last October they will now take to the field this Wednesday evening (June 23) in O’Moore Park, Portlaoise to play Wexford side Kilmore in the title decider, throw-in 7.15pm.

Manager Sean Meenaghan is relieved that the game is finally being played: “We had our heart set on it going ahead in November, it was pulled, then January and it was pulled again. We are glad that it is going ahead now.

“It hasn’t been the best preparation compared to where we were last year. We will give it our best shot. After the Ballinteer game the confidence levels of the girls were through the roof.”

2020 was a year to remember for Ballymore; they finally won the Longford Intermediate title after losing the two previous finals and then reached the Leinster Final. For Meenaghan the aim at the start of the year was to win the county title.

He said: “The main thing at the start of the year was to win the Intermediate title; after the girls losing two finals. For every team going into Leinster, it’s a bit of a bonus and you just see where it takes you. It worked out the way we wanted and we are now in a provincial  final.”

Ballymore’s superb performance against Dublin side Ballinteer St John’s in the semi-final was something that really pleased their manager.

There is a great blend of youth and experience in the Ballymore side. It’s something that Meenaghan believes makes the team work well.

“It’s a good blend. That’s what makes the team work so well. You have about five experienced heads who have been there and done it all. They are great role models for the young girls coming through.”

Fiona Gettings (Blessington) is still an important player for Ballymore but one that deserves a special mention is the goalkeeper Mary Kiernan.

Meenaghan said: “Mary’s still going strong in ladies football. She is a great voice behind the back line and keeps people on their toes. It’s great to have that experience. I see a lot of ladies clubs now and they don’t have experienced players. The blend makes it work better. It’s great to have leaders on the pitch. It’s so important.”

Meenaghan had ladies football success with his club Longford Slashers before going to Ballymore. He is delighted with how things are going. He was quick to recognise the work put in by former Ballymore ladies manager Alan Neilon.

“The girls had been there or thereabouts before I came in. Alan Neilon had done a great job with them. I might have got a bit of luck or maybe it was the change of voice. It was my first job outside of my own club.

“The girls have bought into everything I’ve asked of them, and the other mentor Mickey Gettings too. Everyone is putting in a big effort and that makes the job a lot easier.”

The Ballymore manager knows his side will be up against it in the Leinster final but they are capable of putting in a big performance.

“Kilmore are a good quality outfit. Very strong down the middle but they will have their hands full with us if we play to our potential.”

Ballymore’s path to the final

Subs:- Aoife Reilly for A Reynolds; Clodagh Burns for A Burns; Tara Tansey for D Monaghan.

Aisling Reynolds - a talented footballer who won an All-Ireland Junior title with Longford in 2016. A playmaker and a score getter.

Emer Heaney - has been a regular in the Longford senior panel. A forward who knows where the goals are.

Fiona Gettings - one of the best players Longford has ever produced with 3 All-Stars. Covers so much ground. A superb footballer.

Marie Martin - the captain who has a wealth of experience and is so versatile. Leads by example.