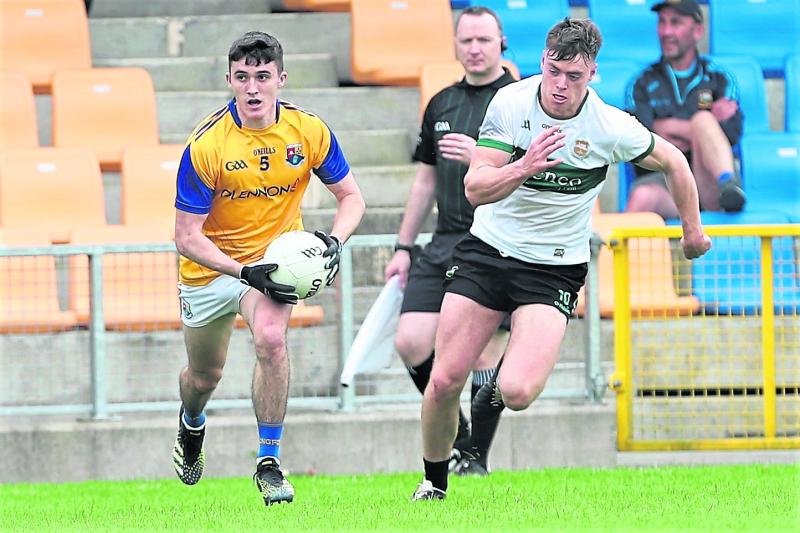 Longford manager Padraic Davis praised his side after they defeated Tipperary on Sunday last in the relegation play-off to retain their Division 3 status for 2022.

Davis said: “We are happy with the display. I thought we were clearly the better team. This was a massive game. It’s only a few months since these lads became Munster champions. It was a quality team we were playing there.”

Next year will be Longford’s seventh consecutive year in Division 3. Davis commended his side for that achievement.

“They deserve to be where they are. I don’t think people realise that in the last 25/30 years we have only been in Division 2 proper, once. They deserve a lot of credit for staying in Division 3.”

It was a superb performance from Longford against a Tipperary side that struggled for most of the match.

Davis said: “The lads would’ve been nervous because there was so much at stake but I think from the word go there was no shaky start. They seemed composed. To only concede single figures; I’m delighted for them.”

The momentum was with the Munster side after Padraic Looram levelled matters in the second half.

Longford’s response was terrific; a goal from Dessie Reynolds, followed by a point from Oran Kenny and they kicked on from there.

Davis said: “It took us a while to really control the game and play it on our terms. When we got that goal and then got the next point; that was crucial. We got a couple of points that really killed them off.”

Longford were dealt a blow when the half-forward line named in the programme couldn’t feature due to injury. Joseph Hagan, Kevin Diffley and Enda Macken came in and performed well.

“Joseph Hagan has come in there, Kevin Diffley and Enda Macken; all three have done very well.

“Some of the young lads, like Iarla O’Sullivan’s performance, was one of the best displays I’ve seen in a long time. They played a massive part in keeping us in Division 3,” stated a very satisfied Davis.

It was a fine team performance but Andrew Farrell at full-back was colossal.

Davis said: “I believe Andrew Farrell is one of the best full-backs in the country. I don’t think there are many teams that wouldn’t take him. His form is extraordinary at the moment. He deserves a special mention.”

Although his side avoided relegation to Division 4, Davis admitted he wasn’t a fan of relegation or promotion this year with the way the league was divided into groups.

“I would’ve said it in the past. Once they doctored the National League there should’ve been no promotion or relegation.

“It was wrong. I don’t agree with a lot that has been done but we battled and kept ourselves there.

“You see it in the faces of the Tipperary players; it’s devastating. On a high just a few months back and now such a low. Unfortunately that’s sport and part of sport.”