Relegation disappointment for the Longford hurlers in narrow defeat against Monaghan 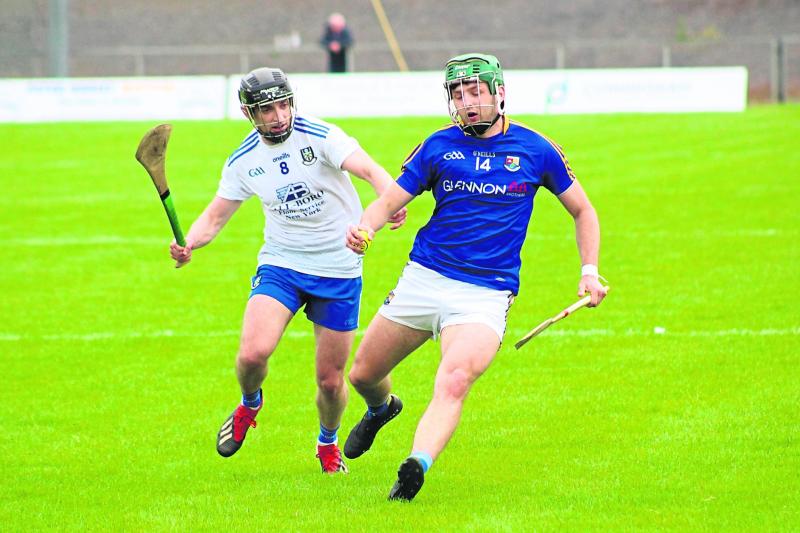 Daniel Connell pictured in action for Longford against Monaghan in the National Hurling League Division 3A game on Saturday last Photo: Adam Quinn

The Longford senior hurlers will be playing in the bottom tier of the National League next season after suffering the disappointment of relegation in losing their remaining Division 3A fixture at Glennon Brothers Pearse Park on Saturday last.

Just a solitary point separated the sides at the final whistle with Monaghan holding out in a frantic finish to achieve the win they needed to avoid the drop down into Division 3B next season.

For some reason or another, Longford did not start a few key players who were brought on during the course of the game. The counties are set to clash again in the group stage of the Lory Meagher Cup and success in the championship is clearly the priority for the manager Derek Frehill.

Nine points behind at one stage in the first half and who were reduced to 14 players when Shane O’Brien was shown a straight red card in the 26th minute, Longford battled their way back into contention despite the numerical disadvantage and almost completed a great escape.

Monaghan were five points in front (1-18 to 1-13) at the end of normal time and the crucial victory looked secure.

While Longford were thrown a lifeline in the first minute of stoppage time with a goal direct from a long range David Buckley free, Monaghan hit back with a point apiece from Mark Treanor and Stephen Lambe to consolidate their grip on the game.

There was still time for some late, late drama with a third Longford goal coming from a well struck penalty converted by Steven Creaven in the seventh minute of stoppage time.

The gap was now cut to the minimum but time ran out for the midlanders who will focus their attention on the opening game in the Lory Meagher Cup at home to Louth on Saturday week, June 26.

For most of this match it must be said that Monaghan, showing the greater urgency, were the better team and that fact was clearly reflected in the total of 14 wides registered by the visitors as compared to 7 for Longford.

There were just ten seconds gone on the clock when John Mulhern fired over the opening score but Monaghan then took over completely to establish a commanding 1-7 to 0-1 advantage with Hugh Byrne breaking through unchallenged to score the goal in the 20th minute.

When Longford had Shane O’Brien sent-off for retaliation in a tussle with Byrne approaching the half hour mark, things were looking bad but the home side staged a determined comeback and were remarkably only a point behind at the break, 1-9 to 1-8.

The fortunate goal materialised in the fourth minute of stoppage time when a speculative long range strike from Bart Hanley ended up in the back of the Monaghan net while the other seven Longford points in the first half all came from frees converted by the captain Joe O’Brien.

Another setback was suffered when O’Brien was forced to retire with 12 minutes gone on the changeover, at which stage Monaghan were leading by 1-12 to 1-9 with impressive corner-forward Niall Garland shooting the scores as his side made a strong start to the second half.

Bart Hanley replied for Longford but Monaghan were in no mood to let the win slip from their grasp as they pushed on to record another eight points during the remainder of the match, six of which were shared by Garland, Stephen Lambe and Mark Treanor.

Garland should have scored a goal in the 56th minute when he drove a cracking shot against the crossbar and while Longford added another 2-4 to their tally they never really looked like salvaging the situation in this patchy performance.

Two of the four points came from frees converted by David Buckley while Mostrim duo Martin Coyle and Daniel Connell (a terrific effort from a tight angle) also got their names on the scoresheet.