Dessie Reynolds goal the turning point in the relegation play-off 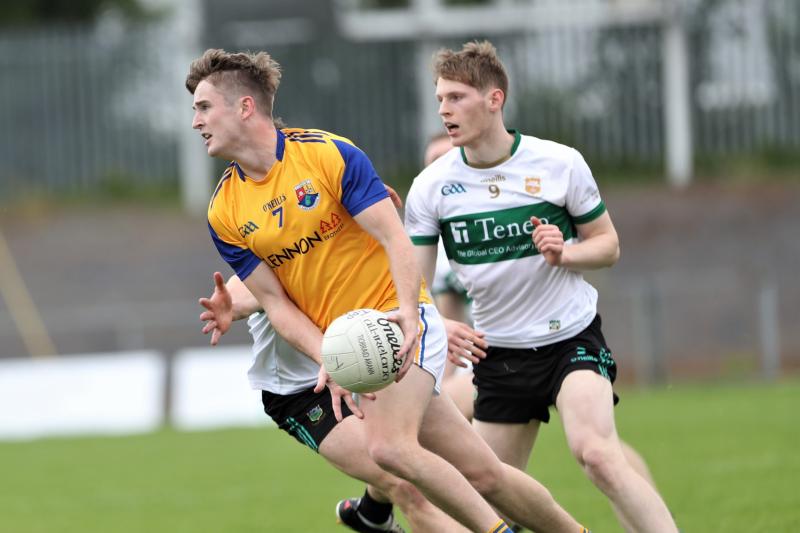 Longford picked the right opportunity to register their first win in the Covid hampered short season when they produced a terrific performance to take Tipperary down at Glennon Brothers Pearse Park on Sunday.

Retaining the Division 3 status in the National Football League was the priority for Longford manager Padraic Davis and that aim was achieved in the relegation play-off against the reigning Munster champions.

Tipperary appeared to be getting on top when wing back Padraic Looram surged forward to shoot over the bar in the 48th minute to leave the sides deadlocked at 0-8 apiece but Longford then broke in a quick counter-attack moments later to score the decisive only goal.

Rian Brady sent the impressive Dessie Reynolds racing through and the Ballinalee man shot past the opposing keeper Evan Comerford in finding the net from a few yards out.

That proved to be a shattering blow for a disappointing Tipperary outfit who were missing a few regulars and Longford pushed on in fairly emphatic fashion to win by the comfortable margin of seven points in the finish.

Longford were also understrength as they were forced to field without injured forwards Daniel Mimnagh, Barry McKeon and Liam Connerton while a one match suspension ruled out defender Gary Rogers.

This fine success was a big boost in the build up to the Leinster Championship first round clash against Carlow at O’Connor Park, Tullamore on Sunday June 27 with the winners advancing to play Meath in the quarter-final a week later.