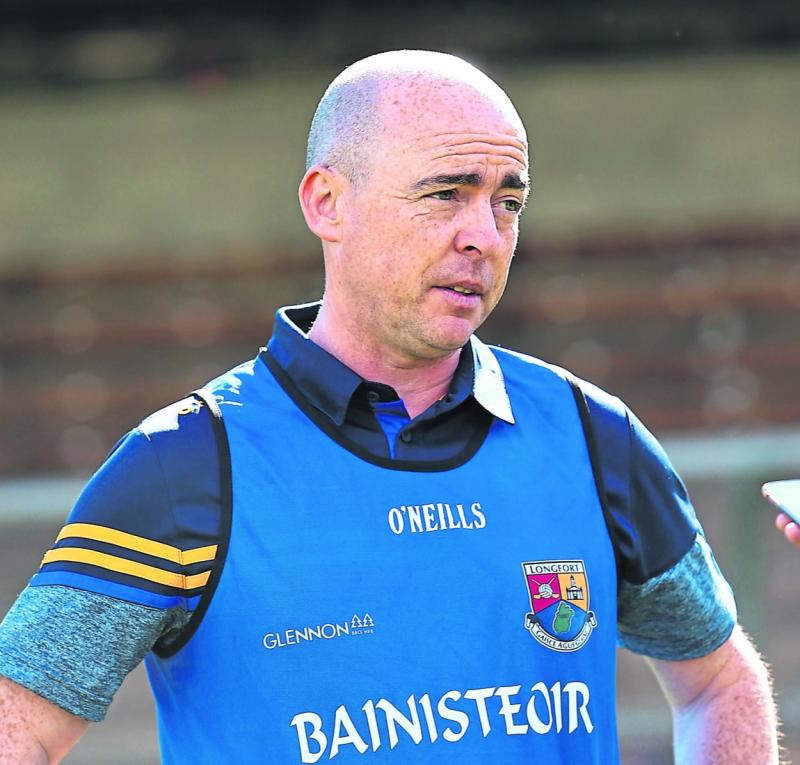 Manager Padraic Davis spoke of the importance of the game as Longford battle to avoid the drop down into Division 4 for the first time since 2015.

“To retain the Division 3 status has always been the goal for Longford. It’s a massive game for us. They don’t come much bigger. Hopefully injuries keep at bay and we can put in a big performance. Because we have to.”

Longford won the coin toss for the venue so home advantage is a boost. 200 supporters are allowed to attend the game but although they won’t be buoyed on by a big support, Davis is happy to have the game at Pearse Park.

“It was nice to get the home draw. It’s a huge game; winner takes all. Hopefully we can continue our progress. That game in Fermanagh would’ve brought us on leaps and bounds. Hopefully we can put in an improved performance.”

Defeats to Derry and Cavan and a draw against Fermanagh leave Longford in the position they are in. The short preparation time this season hasn’t been ideal for his side but as time has gone on performances have improved.

“It’s the same for everybody but I think some counties have to get that little bit extra to get the last bit out of their team.

“I think Longford have done that brilliantly over the years. No matter how much we had done it was still a big task to take out Cavan and Derry, in particular. It wasn’t easy going on the road against Fermanagh either,” stated Davis.

Last year’s Division 3 league clash between Longford and Tipperary saw the midlanders put in a fine display in a five point win. It consolidated their place in Division 3 and left them in the hunt for promotion last season.

The Longford boss said: “It certainly was our best National League performance for some time. We felt that at the time, that if we went to Derry, we were in a very rich vein of form. It was very unfortunate that the Covid outbreak struck as we were going so well at the time”

Tipperary ended 2020 as Munster champions and Davis is under no illusions about the tough task his side are facing on Sunday.

“We have been very consistent in Division 3 for the last few years. That’s important for us. We are now up against the Munster Champions. We all have to respect them and we will need to be at our very best to take them out.”

Longford are without the suspended Gary Rogers and have a few injury doubts. Davis though is happy with the versatility on the panel.

“Some of the lads have the ability to play in multiple positions. What’s encouraging is that Joseph Hagan, Darragh Doherty  and Iarla O’Sullivan made a big difference in Fermanagh and they brought real life and energy. It’s nice to see that coming off the bench.”