Longford hurlers find the going too tough against superior Sligo 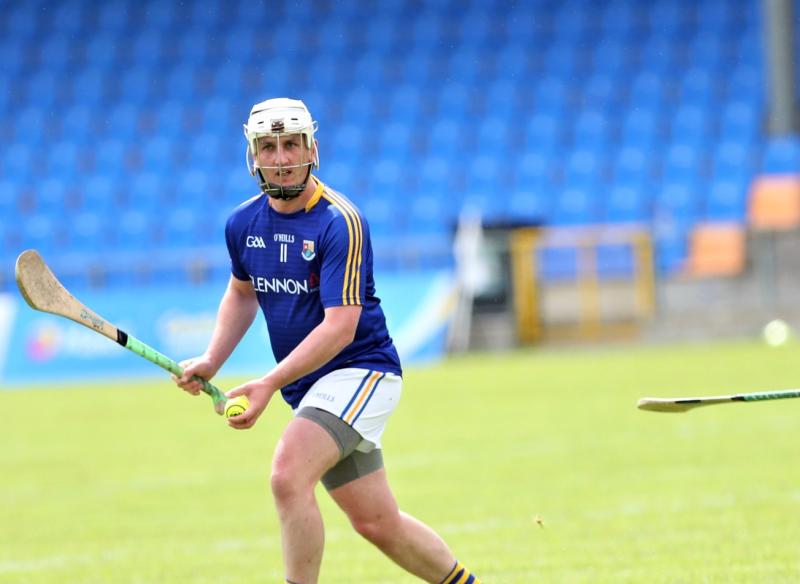 David Buckley pictured in action for the Longford hurlers

Longford suffered their second defeat in Division 3A of the National Hurling League when they found the going too tough against Sligo at Markievicz Park on Saturday.

Derek Frehill’s side battled it out to the bitter end with the wide margin of 13 points separating the sides in the finish and the midlanders must now beat Monaghan in their remaining fixture at Glennon Brothers Pearse Park on Saturday June 12 to avoid relegation into Division 3B.

Two divisions separate the teams in the championship and at times this was very evident on the pitch with Sligo in complete control in the first half in building up a commanding 2-14 to 0-7 lead at the break.

Longford, to their credit, were a lot more competitive in the second half in adding the impressive total of 2-12 to their tally and must be strong contenders to win the Lory Meagher Cup this year.

Sligo, on the other hand, are operating in the Christy Ring Cup and their opening fixture in the third tier championship is against Offaly.

The star of the show for Sligo in the comprehensive win over Longford was full-forward Gerard O’Kelly Lynch who clocked up the tremendous tally of 3-9.