Make or break for Longford in NFL clash against Cavan

Must win game against the Ulster champions this Saturday evening 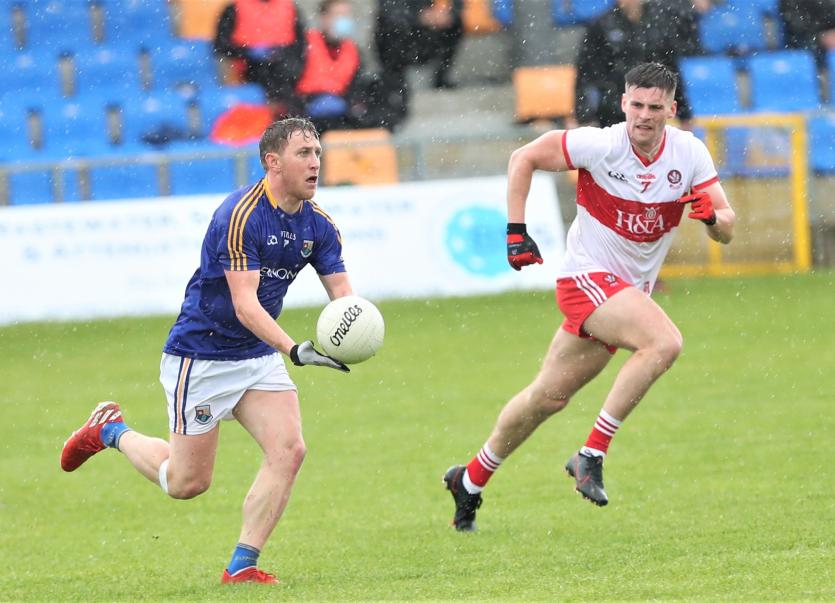 The message is simple for the Longford senior footballers in the make or break clash against the Ulster champions Cavan at Kingspan Breffni this Saturday evening, throw-in 7pm.

It's a must win game for the midlanders in the Round 2 National League Division 3 North clash in order to keep alive their hopes of avoiding the dread of a relegation play-off against one of the bottom two teams in the southern section.

Longford manager Padraic Davis watched on in agony as his team were destroyed by impressive Derry who cruised to a very easy win.

Several mistakes were made by the home side in the difficult wet conditions as the physically stronger Ulster outfit stamped their authority on the game to win by the wide margin of 16 points (0-21 to 0-5).

It was a very poor performance by Longford and major improvement will be needed in their bid to cause a big upset against Cavan who are also under considerable pressure after losing to Fermanagh at Brewster Park.

Mickey Graham admitted his Ulster champions got a “reality check” in suffering a surprise 0-15 to 0-14 opening round defeat in Enniskillen last weekend.

A generally young Fermanagh team, missing many established players this season, showed the greater urgency and the star of the show was Sean Quigley who marked his return after a year out to fire over a total of nine points (six frees).

Cavan lost James Smith to a red card just before the break but Fermanagh were also reduced to 14 men when James McMahon was sent-off for a second yellow card offence with seven minutes gone in the second half.

Even a black card for Ciaran Corrigan in the final quarter of a very tight contest failed to rattle Fermanagh and when Corrigan got back on the pitch after his ten minute sin-binning he fisted the ball over the bar for the winning point.

Cavan fielded a strong team, with injured All-Star midfielder Thomas Galligan their most notable absentee, and it will take a massive effort from Longford to spring a shock result against the neighbouring rivals.

It’s yet another Covid restricted behind closed doors fixture with no spectators permitted to attend this intriguing match.

In normal circumstances the local derby would have attracted thousands of supporters to Kingspan Breffni, particularly with Cavan the current Ulster champions.