Manager Brian Noonan delighted with the commitment from the squad 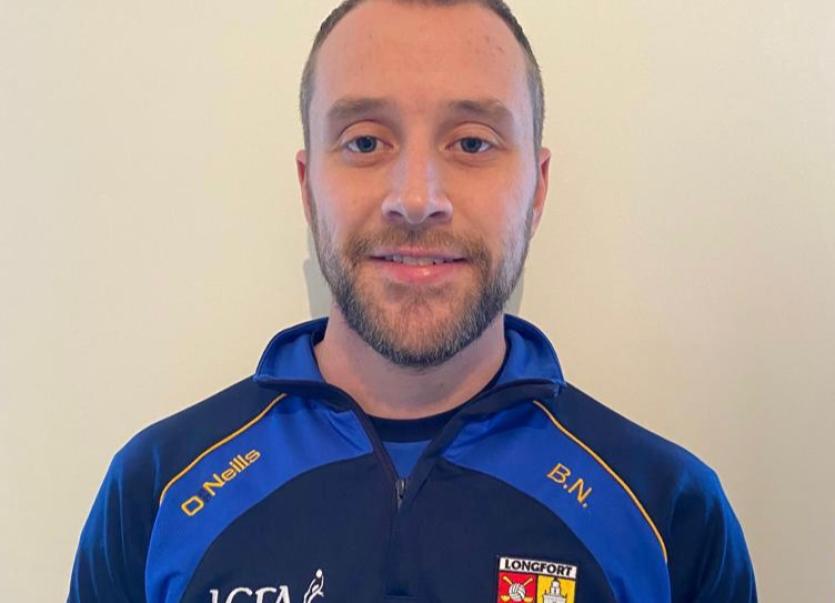 Mostrim native Brian Noonan, the new manager of the Longford ladies football squad who will compete in Division 3B of the 2021 Lidl National League

As the Longford ladies football squad prepare for the National League campaign to get underway, manager Brían Noonan stated that the aim is to consolidate their place in Division 3 and anything else is a bonus.

Due to Covid restrictions the league format has been changed this year; Longford are in Division 3B along with Wicklow, Laois and Kildare. Their first game is against Wicklow in Glennon Brothers Pearse Park on Sunday next, throw-in 2pm.

Noonan said: “We are taking it one game at a time. The Wicklow game is massive. There has been nothing between the two teams over the last number of years.

“We want to do well in the league. We want to consolidate our place in Division 3 and anything after that is a learning curve. We want to give players game time.”

Two of Longford’s games are at home in Glennon Brothers Pearse Park. This is something that has pleased the Longford manager.

“It’s great to be getting in. The only thing about playing there now, is that it’ll be eerie without the spectators but it’s where you want to play, your county ground.”

The Mostrim native has been delighted with the response he’s had from the players since he came in as manager.

“The buy-in has been massive. Commitment, endeavour and work in training has been second to none. It is going to take a while to put our own stamp on things.”

Noonan is no stranger to ladies football in Longford having been involved with the  county minors before and also a manager at club level. It’s something of an advantage for him.

“About 16/17 of the panel I’ve worked with already at some point, either it was county minor in 2016 and ‘17, minor at the start of the last year or at club level. With being involved with the club scene for so long I know every player. That was a help because we had to get up and running in January.”

Longford have enjoyed underage success in recent years and many of those players made their senior debuts last year.

Noonan has been boosted with the return of some experienced players also which has helped the young players in his panel.

Brian said: “They are that year older now. They have been doing strength and conditioning work religiously. All that work should stand to them.

“We have a good few of the more older senior players back in. The experience back in is huge; that can help blood the young players.”

As well as a strong panel of players, Noonan has assembled a good management team. He has been loyal to people he has worked with over the last number of years and has brought in one of the best ladies footballers for strength and conditioning.

“My biggest strength on my application was the management team because it’s all lads that I’ve worked with at some point; lads I work really well with and trust.

“Then getting Sharon (Dowd) on board for S&C was massive. The respect that the players have for her at a training session is something else. She’s the icon of Longford Ladies football,” commented Noonan.