Can the County footballers bounce back against Cavan on Saturday? 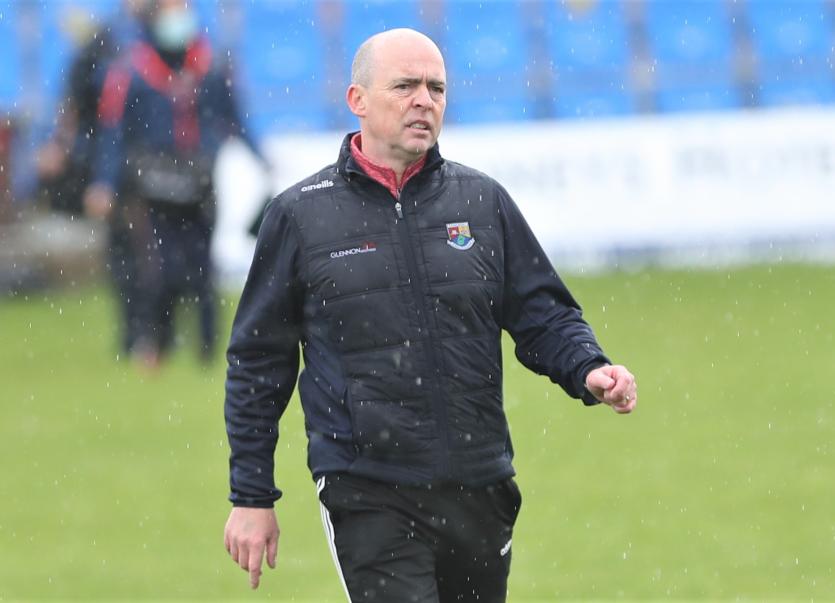 Longford manager Padraic Davis found it hard to explain just what happened to his side as they fell to a disappointing 16 point defeat at home to Derry on Saturday evening last in their opening Division 3 North league game.

Derry were impressive and as Davis pointed out Longford had no match to their physicality.  “We were beaten by a far superior team; a far superior physically imposing team where out of the 15 match-ups you lose 14, with Andrew Farrell being the obvious exception.

“On a day like today in those conditions it was always going to be incredibly tough. That said, the margin of victory for Derry is disappointing, for us.

“Our tally at the end was hugely disappointing. It is what it is, we have to take it. We are fully behind that group to get them back on track. This Division 3 was always going to be tough.”

Davis said: “Our mistake count compared to Derry’s was through the roof and at a vital time. Our first 15 minutes were quite good but there were two or three chances that were easy to take and to keep the scoreboard ticking over and we didn’t do that.”

Longford found the going tough against Derry in Celtic Park last year and then this performance. Davis stated they are a side that Longford just can’t cope with.

“They played the game on their terms. They had the lion’s share of possession. They are the one team in the country that we are not suited to playing.”

Although Longford won’t want to dwell too much on this defeat, they will want to analyse this performance before preparing for the Cavan game on Saturday evening next.

Davis said: “We can’t let it fester or bring a lack of confidence or negativity out of the Derry game into the Cavan game.

“The Cavan game is a clean slate. It’s as simple as that. It’s a derby game. We are playing the Ulster Champions.

“Some of these guys from North Longford are probably very good friends with some of their players. In that, you would hope that we get a response. I think we will.”

Davis believes there will be a reaction against their neighbours Cavan.

“It is hugely disappointing for the group of players to put in a performance like that against Derry, particularly at home.

“It’s a group you can trust and I believe they’ll put in a performance. I hope they do, just for themselves. They deserve better than that.”

The aim for Longford is to retain their Division 3 status for next year and they know they can’t afford any more slip ups.

The Longford boss said: “It’s a huge challenge and one we must be up for. We want to give ourselves the chance of retaining our position in Division 3. We have been here now for five years on the trot. That remains a priority for us.”