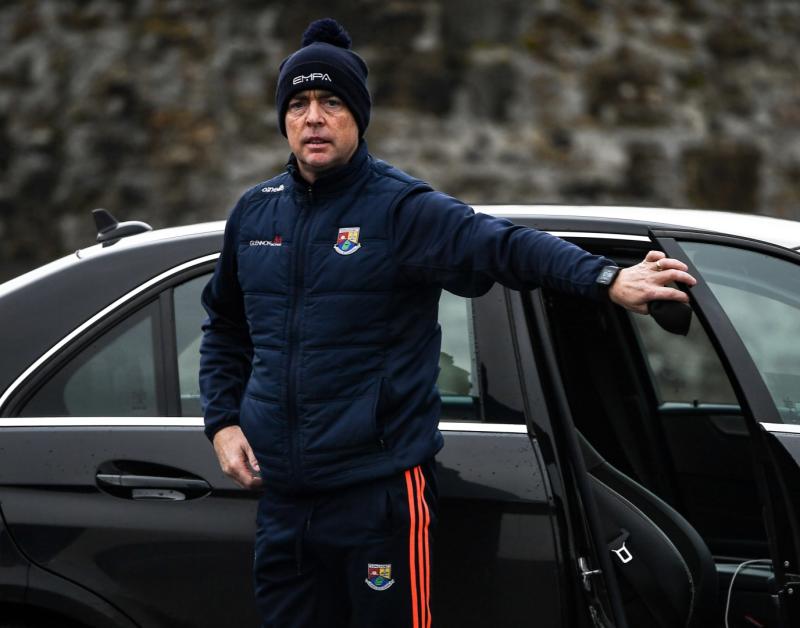 Getting ready to motor for the Covid delayed 2021 season . . . Longford senior football manager Padraic Davis had his players back in collective training this week Pic: Ray McManus/Sportsfile

For the second time in the space of three years, Longford and Carlow will clash in the senior football championship with Meath awaiting the winners in the Leinster quarter-final.

Longford scored a comfortable 2-11 to 0-7 win over Carlow at Netwatch Cullen Park in Round 1 of the All-Ireland SFC Qualifiers back in June 2019.

While it looks like a favourable first round draw in the straight knock-out 2021 championship, Longford certainly cannot afford to be complacent against Division 4 opponents Carlow who have caused a couple of upsets in the recent past.

Kildare native Niall Carew, the former Sligo and Waterford senior football manager, is now in charge of Carlow and he will be quietly confident that his side could cross the first hurdle when they meet Longford at the end of June.

Padraic Davis, in his third season as the manager of the county senior squad, had his players back in collective training this week as the Covid restrictions on sports activity are gradually eased.

While the Fr Manning Gaels clubman is happy with the championship draw, he described Carlow as tricky opponents.

“We will need to be fully focused for the championship game against Carlow. It is far from a simple task against a team who will view the draw as a good opportunity for them to make further progress.

“Having said that, I am happy with the first round draw against tricky opponents no matter where the game is played.

“In the meantime we will concentrate on the quest to get some positive results in the National League,” commented Davis.

Longford will play their opening fixture in Division 3 North of the National Football League at home to Derry on Saturday May 15, followed by away games against Cavan (Saturday May 22) and Fermanagh (Saturday May 29).

Competing in Division 3 South of the NFL are Limerick, Offaly, Wicklow and reigning Munster champions Tipperary.

The draw for the first round and quarter-finals in the 2021 Leinster Senior Football Championship was made on RTÉ Radio 1 on Tuesday morning and is as follows:

Dates and venues to be confirmed in due course.

Semi-Finals: Open draw when the last four are known.