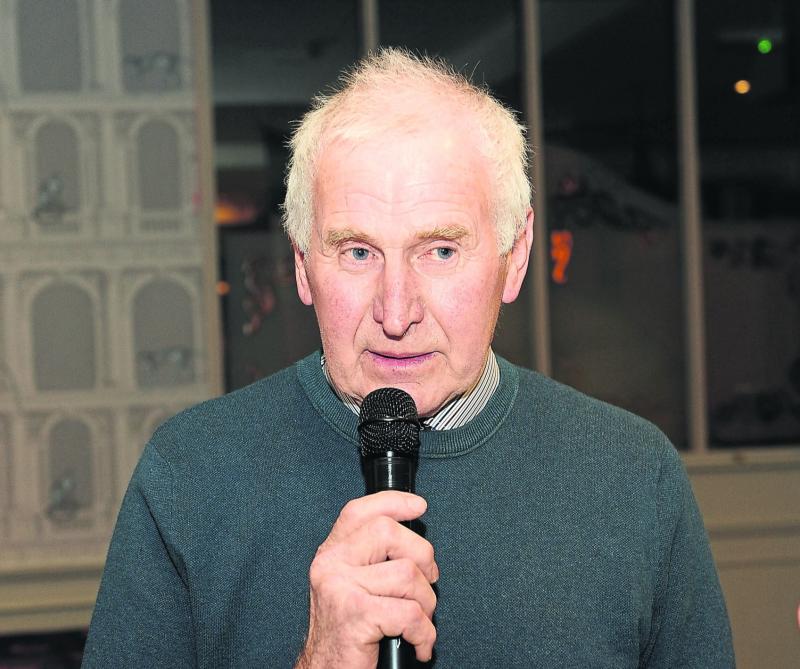 Carrickedmond clubman Eugene Quaine, who will be returned unopposed for the position of Longford GAA Treasurer at the annual Convention (via zoom) this Thursday night

The outbreak of Covid-19 has hit sport hard and Longford GAA are certainly feeling the financial strain.

The county championships gate receipts are down around €120,000 on last year’s figure due to the various restrictions that ended up in behind closed doors fixtures with the remaining 2020 competitions suspended until further notice.

The annual Longford GAA Race Day at the cancelled Punchestown Festival, which yielded €75,000 in 2019, was also lost during the pandemic era along with a significant reduction in the Central Council grant, dropping down from €185,000 last year to the current figure of €80,000.

There is some good news with the €100,000 plus received from the Government funding to the GAA while Secretary Peter O’Reilly, in his report to the virtual Convention via zoom this Thursday night (December 10, 7.30pm start), praised Club Longford, stating that “they deserve a lot of credit having raised a whopping €57,000 in a pandemic year.

The following are extracts from the Secretary’s report on the serious financial situation:

“We have now also taken on a loan of €500,000 to pay off the outstanding balance for the redevelopment works on Glennon Brothers Pearse Park. Repayments are interest only in year one (€2100/month) rising to €6300/month in each of the next 8 years.

“As you can see our current fundraising regime which has served us well in the past, will not suffice and new means of fundraising are required.

“We are grateful for the €100k plus received last month from Government funding to the GAA but sadly this barely covers the reduction this year in the Árd Chomhairle grant.

“Given the hit that some local businesses, who is the past have been very generous benefactors of the GAA,  have taken during COVID times, counties will not be able to continue to keep the GAA to the forefront in all of our communities and will require additional funding along with their own fundraising, be that grant aid from Central Council and/or Government or a very cheap loan scheme. This is a matter that needs urgent attention.

“I appreciate also that clubs as well as counties have had it tough but the package of measures issued by the GAA in the last week on the back of Government COVID Club Funding of €5m together with central council funds of over €4m will be of huge benefit to rectifying your situation.

“Thankfully, we got to launch a new fundraising process just 12 months ago when Club Longford was formed after 4 months in gestation.

“From a Longford GAA perspective, the people behind this project who are spread throughout the country have two great attributes in common – they are all Longfordians and their passion is to see Longford GAA succeed.

“They deserve a lot of credit having raised a whopping €57,000 in a pandemic year. They now require you and your friends for continued help in one of 2 ways; support one of their fundraising initiatives or give them a new idea for a fundraiser.

“Another novel fundraiser was our Movie and Bingo weekend last July, the driving force behind it being our new Development Officer, Michael Mulleady. Thanks to Michael and all who helped out in any way that weekend.

“We had also commenced a drive-in bingo which, due to the different levels of lockdown, has not been on a consistent basis but we hope to rectify this from 17th December onward.”

There are a couple of contests for places on the 2021 county board executive with the outgoing Central Council delegate Gerry Hagan (Killoe Emmet Og) facing a challenge from James Clarke (Clonguish) to determine who will represent Longford in the corridors of power at Croke Park.

The outgoing Assistant Treasurer George McDermott (St Brigid’s Killashee) is being opposed by Marie O’Reilly Keenan (Colmcille) while there will be a new face at the top table with Patrick Maguire (St Mary’s Granard) to be appointed the new Children’s Officer on the recommendation of the outgoing County Committee.

Chairperson Albert Cooney (Rathcline) will be returned unopposed for a second term in the top position while also back on the county board for another year will be Vice-Chairperson Colm Murray (Kenagh) and Treasurer Eugene Quaine (Carrickedmond).