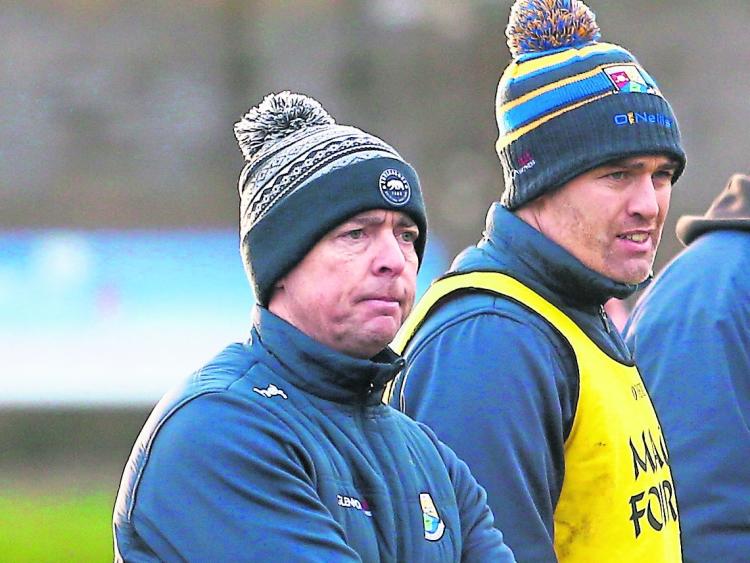 Also back as a member of the backroom team is former Galway player John Donnellan as Longford bid to build on the steady progress that has been made for the past two years under the guidance of Davis.

The Longford manager, in an interview in this week’s Leader, has praised the phenomenal achievement of fellow Division 3 counties Cavan and Tipperary who will contest the All-Ireland Senior Football Championship semi-finals at Croke Park on Saturday and Sunday next.

In a truly remarkable story that has shocked the GAA world in this very strange year,  the newly crowned Ulster and Munster champions are pitted with Longford in the third tier of the National League next season which will apparently start in the third week of February

An exciting situation for Davis and the Longford players, particularly the always intriguing clash against neighbouring rivals Cavan.

Hopefully the supporters will be allowed back into the grounds by the time this attractive local derby comes around in the spring of 2021 as the country continues to live with Covid-19.

Embarking on a third season as the Longford boss, Davis said: “Division 3 is as strong as ever as apart from the major task we are facing against the provincial champions Cavan and Tipperary, this is also Derry and Fermanagh to contend with in the fierce battle for promotion.

“Offaly, along with the promoted teams Limerick and Wicklow, are also in the mix next season so another extremely competitive league campaign is in prospect.

“We will need to be well prepared for the start of the 2021 season as the opposition is tough but we are looking forward to some exciting games,” stated the Longford boss.

As it turned out, Cavan and Tipperary bucked the trend in relation to league form when it came to the 2020 championship as both teams struggled in Division 2 and 3 respectively.

“Great credit to Mickey Graham for revitalising the fortunes of his county after suffering the setback of consecutive relegations in dropping down from the top flight.

“Mickey is a brilliant motivator, as he proved when in charge of Mullinalaghta, and he has instilled that same fighting spirit into Cavan.

“The so determined manner in which they battled back to beat Monaghan and Down was amazing stuff and they carried that momentum into the Ulster final to shock Donegal.

“Let us not forget that Cavan reached the All-Ireland U-21 final back in 2011 under the guidance of Terry Hyland when they lost to a very strong Galway side and the potential was certainly there for our neighbours to make their presence felt at senior level.

“They are proud Ulster champions now and taking on the five-in-a-row All-Ireland winners  Dublin is a brilliant occasion for all their players who have worked so hard to get this far.

“Cavan are in bonus territory and under no pressure when they go to Croke Park on Saturday. They can have a real cut at Dublin and see where it takes them,” stated Davis in admiration.

And what about Tipperary and the Longford connection! One of their stars is powerful midfielder Colin O’Riordan from Templemore, whose mother Imelda (nee Casey) is a native of Killashee.

Davis said: “When we beat Tipperary in the league back at the beginning of March they were without key players Michael Quinlivan, Colin O’Riordan (on the books of Australian rules football club Sydney Swans) and Liam Casey.

“Tipp ended up in a battle to avoid relegation which all came down to the last game against Leitrim in Carrick, which they won to secure their Division 3 status,” commented Davis.

Tipperary went on to win their first Munster senior football title since 1935 with the current manager David Power, a native of the county, in a position to finally field a full strength team in the Covid-19 disrupted championship.

Padraic Davis said it was rich reward for all the hard work in building a strong underage structure that has yielded a lot of success in recent years.

“David Power was the manager of the Tipperary minors who beat Dublin in the 2011 All-Ireland final so he has a close bond with a lot of the current senior side.

“And when you also take into account that Tipp contested both the Minor and U-21 All-Ireland football finals in 2015 (losing to Kerry and Tyrone respectively), the future was looking very bright indeed.

“In fact, Tipp should have beaten Tyrone in the U-21 decider five years ago with just a solitary point separating the sides in the finish.

“The breakthrough has now been made at senior level following the wonderful win over Cork and it must be said that Tipperary will not fear Mayo in the All-Ireland semi-final at Croke Park on Sunday next.

“A few astute GAA followers that I was talking to feel that Tipp have a good chance of beating Mayo  in what could develop into a close contest,“ concluded the Longford manager.

Footnote: Both Tipperary and Mayo came through the back door in the qualifiers to clash in the 2016 All-Ireland SFC semi-final. Mayo emerged victorious on that occasion, 2-13 to 0-14, but can Tipp gain sweet revenge on Sunday?