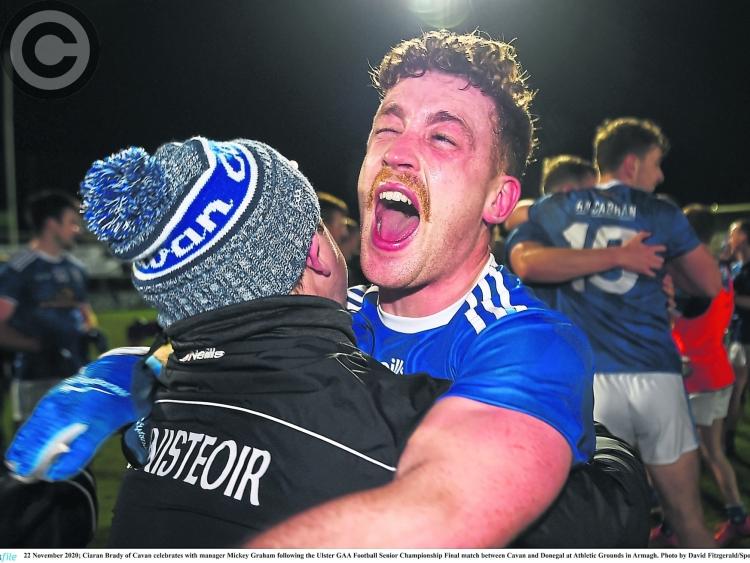 Little did Longford realise they would end up pitted with two provincial champions in Division 3 of the National Football League next season.

None of the GAA pundits gave Cavan a chance of beating the red-hot favourites Donegal in the Ulster senior final on Sunday last but the battling Breffni bravehearts proved their critics wrong in producing a major upset at the Athletic Grounds in Armagh.

And there was another shock in store at Páirc Uí Chaoimh with Tipperary scoring a well deserved 0-17 to 0-14 win over a strongly fancied Cork side in the Munster title decider.

One of their stars was Colin O’Riordan from Templemore, whose mother Imelda (nee Casey) is a native of Killashee.

The fielding and power of the Irish professional Australian rules football player, who is on the books of Sydney Swans, was crucial as Tipperary won the Munster senior football title for the first time in 85 years.

Ironically, on the weekend of the Bloody Sunday 100 Years commemoration the same four provincial winners back in 1920 - Cavan, Dublin, Mayo and Tipperary - will contest the 2020 All-Ireland SFC semi-finals.

Conor Madden from Gowna, a past pupil of Cnoc Mhuire Granard, scored the killer goal in stoppage time to clinch a famous 1-13 to 0-12 victory for Cavan who march on to meet the might of Dublin at Croke Park.

It was some achievement for the shrewd Cavan manager who guided Mullinalaghta to a historic Leinster Club SFC success in December 2018 when the three-in-a-row Longford champions shocked Dublin giants Kilmacud Crokes in the final at O’Connor Park in Tullamore.