Nicky Rackard Cup Round 2B 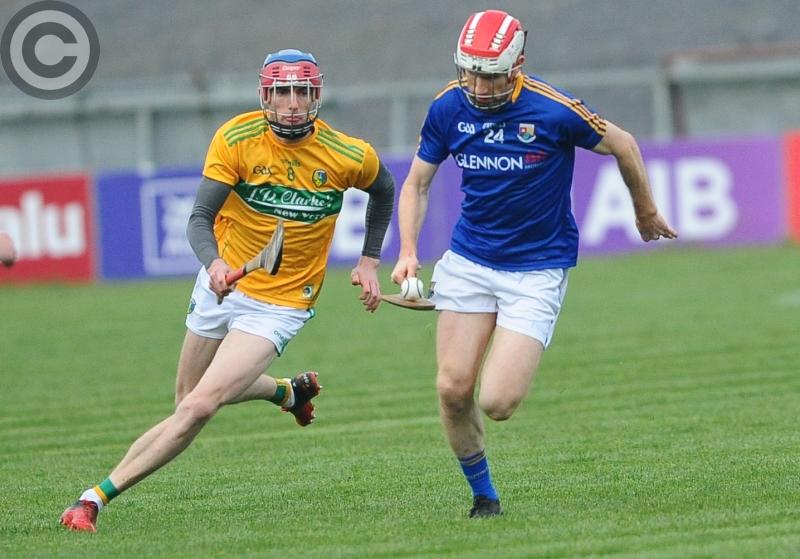 Martin Coyle on the ball for Longford in breaking away from Leitrim opponent Enda Moreton. Action from the Nicky Rackard Cup Round 2B game on Saturday Picture: Declan Gilmore

Longford’s interest in the 2020 Nicky Rackard Cup was surprisingly ended by Leitrim who showed the greater urgency to win the Round 2B clash at Glennon Brothers Pearse Park on Saturday.

A place in the semi-final of the championship was at stake in this local derby with Leitrim advancing on merit to meet Mayo.

To make matters worse, the Longford senior hurlers are now relegated to the Lory Meagher Cup next year following this very disappointing defeat.

The decisive only goal was scored by Leitrim full-forward Conor Beirne with just 20 seconds gone in the second half and the visitors produced a strong finish to clinch a well deserved victory.

Longford trailed by 1-6 to 0-5 at one stage but came storming back to fire over six points in a row during a dominant spell that seemed to have swung the issue in their favour.

But very determined Leitrim were in no mood to let the game slip from their grasp and they got back on top to outscore their neighbouring rivals by 0-5 to 0-1 during the remainder of the match.

Longford’s tale of woe was complete when Daniel Connell was sent-off in the fourth minute of second half stoppage time after receiving a second yellow card.