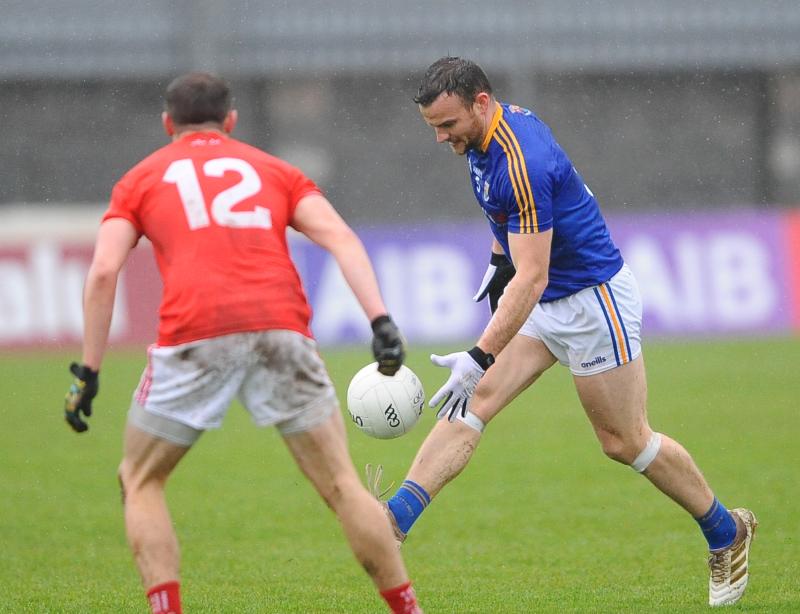 Longford captain Donal McElligott admits the knock-out system in this year’s championship could favour his side. McElligott likened the format to the All-Ireland qualifiers where Longford have enjoyed considerable success over the last number of years.

The Mullinalaghta man said: “I think maybe the format of this year hopefully will suit us. It’s maybe been said before about us being a bit of a qualifier team; where we are stronger when our backs are against the wall and it’s the last chance saloon.

“We really focused on that we would give it our best shot and thankfully came out on the right side of it against Louth.”

With the weather conditions playing their part on Sunday, the game lacked the intensity you’d see during the summer months. Although it wasn’t your typical championship game, McElligott couldn’t fault the effort from all the Longford players.

“It’s the 1st of November so it’s definitely winter football and it’s a different kind of championship football than we would be used to.

“At times there was an absence of quality but abundance of effort and honesty out there from all the lads. It’s going to be like that. You play the conditions. Hopefully on Sunday against Laois we can mix it up again.”

McElligott was quick to praise the introduction of fresh players, changes that were made at the right time. With conditions tough on the legs different moves had to be tried and they did make a difference.

“In these conditions the legs do get heavy so you have to bring in fresh legs and I thought they did really well; the boys inside held the ball up and then you had the lads coming out of defence.  It was a squad effort and that’s the way it has to be.”

Although there were no supporters in attendance the Longford substitutes certainly made their voices heard throughout the game; shouting in encouragement.

McElligott acknowledged the contribution of everyone in trying to make an atmosphere for the players, in these strange times.

“It’s great. We have kind of talked about that. You have to kind of create your own buzz and atmosphere and get everybody involved as best you can. Whether that’s the management or the players on the field or the subs, you are trying to create momentum all the time.

“Difficult obviously with no supporters there. It takes that bit of a buzz away but you know that everybody is watching at home and wishing you well. You are conscious of doing it for all those as well.”

Up next for Longford is Laois in the Leinster quarter-final at Glennon Brothers Pearse Park on Sunday and the Longford captain is delighted to have a home fixture.

“The last home game was Meath two years ago and we managed to get a really good result that time. Laois are going to cause us lots of problems and pose lots of challenges for us. It’s a quick turnaround and we’ll do what we can and we will also focus on getting ourselves right.”