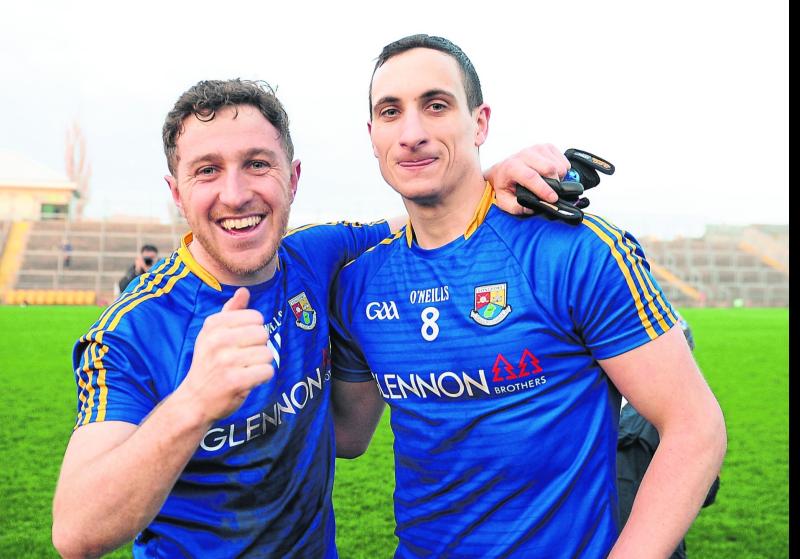 Daniel Mimnagh’s preparation for Longford’s first round game in this year’s Leinster Senior Football Championship has been slightly different than previous ones. Last week the primary school teacher was preparing his costume for the Killoe National School Halloween party.

The Emmet Og clubman is dealing with these strange times but he is glad to have football as he looks ahead to the Louth game in Mullingar on Sunday.

“It would be selfish of me to not acknowledge the strange times. They are difficult circumstances for everyone. Football has always been my first love.

“There is great camaraderie in both club and county. The first session on the return to the county, you just switch straight back into it. It didn’t seem like you missed it at all.”

Many have questioned GAA games going ahead while the country is in Level 5 restrictions. Mimnagh goes through the same protocols with the football as he does when he goes to work in St Teresa’s NS in Killoe.

“When you come back to the teaching side of things, it hits home. We have been taught from the start to stay in pods, wear masks, the children hand sanitise and wash their hands every time they enter the classroom.

“ It’s drilled in from home. It feeds off into the GAA too. When you are out in the open, you look at the stats, it’s hard to pick it out on the field. Hopefully nothing happens from the GAA side of things.”

For GAA supporters, having games back is a release and a welcome distraction. But with the fixtures behind closed doors Longford’s loyal supporters won’t be able to make the short trip to Mullingar on Sunday. Two avid Longford supporters are Mimnagh’s parents Mark and Mary.

Daniel said: “It’s heartbreaking that they can’t go to games but they’re accepting the rules. It is great to be playing. It is our national sport.

“For the people that are involved in the GAA around the country; it means something. You listen to RTE and you hear David Brady say he sent texts to a few older people and it meant so much to them so see it back.

“There are a lot of people who would be negative towards the GAA and what is going on but you have others who are glad to have it back on. You have to be cautious and say once it’s done in a safe manner every person deserves respect.”

Longford and Louth met in Division 3 earlier in the year with Longford winning by three points. Louth recently suffered relegation to Division 4 but Mimnagh knows championship football is a different ball game and this is the match that Longford have been focused on.

“We have been in a few situations where first round games haven’t been good for us. Louth aren’t going to think about their league form and the game in Glennon Brothers Pearse Park back in January. It’s all on the day; it’s the old cliche. Our eye has been on the Louth game since we came back.”

In the last two years Longford have produced superb performances in their opening championship games - defeating Meath in 2018 and drawing with Kildare last year before losing the replay.

Mimnagh knows there is a huge performance in Longford and players can take heart from those previous championship matches.

“There is great belief. There are no star players and we all want to achieve together. Meath was a huge result for us. It gave us belief that we could take some big scalps and even against Kildare last year (drawn game) no one gave us a hope. You can be proud of playing in those big games.”