Longford ladies facing a tough task against Westmeath in the championship 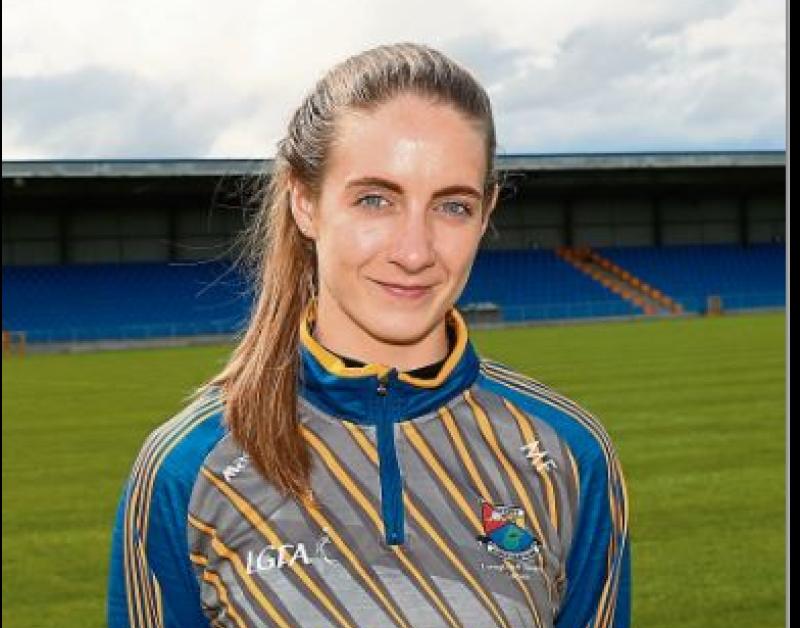 Colmcille's Michelle Farrell, the captain of the Longford ladies football team who take on Westmeath in the opening round of the All-Ireland Intermediate Championship

Longford ladies football manager Enda Sheridan has been plotting the possible downfall of his native county as Longford prepare to take on Westmeath in the opening round of the All-Ireland Intermediate Championship.

The Finea native lives and works in Mullingar and joked he’d love nothing better than to oversee the defeat of Westmeath at the Mullahoran grounds on Saturday, throw-in 1pm

“I  would walk around like a King in Mullingar,” he laughed.  “Even in the last two weeks I’ve bumped into five Westmeath players I know well and you’re doing everything bar talk about football. It’s weird. Come the day I’ll have my Longford hat on, wanting to plot the downfall of my own county.”

Longford are in Group 2 with Westmeath and Louth. The Lake County were relegated from the senior grade last year and Sheridan knows they’ll be tough opposition.

“It is a tough group. Westmeath are just down from Senior and have been playing  in Division 1 for the past few years. They are a seasoned team.

“I live up there and work up there so I know a lot about them. That will be a small bit of an advantage in preparing the Longford team.”

Sheridan is without Niamh Brady (injury), Ciara Healy (personal commitments) and Mairead Moore (travelling) but is boosted by the return of a number of players as well as some new faces.

“We have Aisling Greene, Aisling O’Hara, Clare Farrell and Rachel O’Farrell back.  I asked 8/9 new girls to come in like Colmcille’s Grainne Reilly and Megan Jobe. We also brought in Kamille Burke, Hannah Glennon and Sorcha Dawson from the minors.

“We have a panel of 28 who are giving great commitment at every training session. The attendances and performances in challenge games have been the best since I’ve been in charge of Longford.”

The Longford boss is delighted with the panel he has assembled and the response he has had from his players.

Sheridan said: “We have a stronger panel post Lockdown than pre Lockdown. Thanks be to God since we came back things have been excellent.

“We got good results in challenge matches and have been flying but we are taking a step up to play a so-called senior team which will be tough.”

The first game is always important and Sheridan is hoping his side can get a positive result on Saturday. “It’s just unfortunate we drew Westmeath in our first game. If we had drawn Louth it would’ve been different.

“It’s a winner takes all against Westmeath; if we lose our championship would be over. Westmeath won’t be fearing us but at this time of the year anything can happen.”

With no relegation in this year’s championship there is no real pressure on Longford but Sheridan wants to use these games as preparation for next year.

“In Westmeath’s last competitive game they had a convincing win over Donegal. They have Fiona Claffey (Foxrock), Lucy McCartan. They have Ciara Blundell back from Dubai; she’s a quality player.

“They’ll be favourites to make an immediate return to the senior grade. The pressure is on them, not on us because there is no relegation.

“We are building and using this championship campaign as a stepping stone towards 2021,” stated Sheridan.