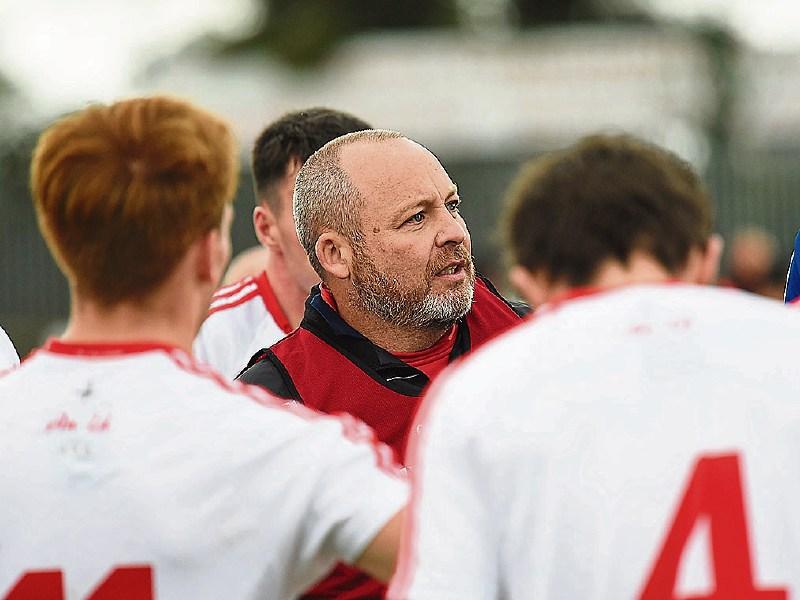 Wayne Kierans was most pleased by Louth’s defensive effort despite his team scoring 3-14 in Sunday’s win over Down in Dowdallshill.

The visitors hit 0-16 in losing by seven as the Reds conceded 18 points (5-3) less than they did against Cork at Páirc Uí Chaoimh a week earlier.

Dermot Campbell, before retiring through injury, Eoghan Callaghan and John Clutterbuck were restored to the defence last weekend and their manager felt they helped shore up the rearguard.

“We were definitely defensively better,” the O’Connell’s clubman said after the game.

“5-19, regardless of whether it’s a top team like Cork, it’s just not on. We did make some defensive changes and I thought the personnel did really well; some young lads came into the team today and I thought they were excellent. There was a lot more organisation and purpose in the team.

“It always helps to have the experienced players on, but there were a lot of inexperienced players there. Eoghan Callaghan hasn’t played at No 6 for Louth before and even Kiki (Ciarán Keenan) and Conor Whelan coming in, I thought they were excellent in spite of giving away physical advantage to big men.”

Victory, of course, prevented Louth from a seventh consecutive league loss and a second pointless campaign in three seasons. And Kierans was thankful for the boost ahead of Sunday’s championship clash with Longford in Mullingar.

“It’s certainly a different feeling; much better, it’s a much better feeling. The boys did really well and I’m delighted for them. When you’re on the floor, your confidence is in your boots and you can’t get a performance, you go all the way to Cork and it’s a difficult day, never mind all of the other stuff that’s going on… to come out with a decent performance and to beat Down, I’m very happy with the players.

“In normal times it’s difficult when you’re at the foot of a table and getting relegated, but with all of the extra stuff thrown in, it’s psychologically difficult for everyone in the country never mind football teams, but they’ve trained well and we tried to change a couple of things and they responded in training and executed today.”