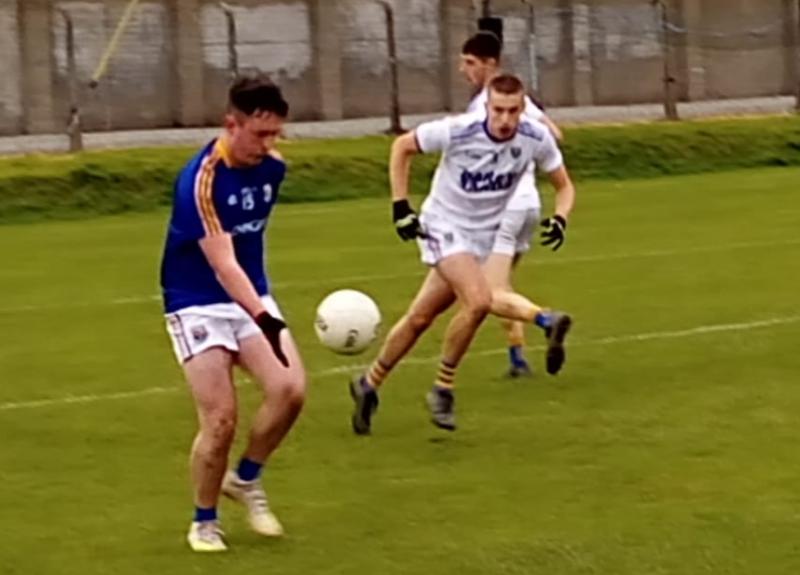 Three second half goals consolidated a comfortable win for Wicklow over the Longford U-17s in the first round of the Leinster Minor Football Championship in Aughrim on Saturday.

Wicklow were the better team throughout the game and while well beaten Longford tried hard to stay in contention and played their best football in the final quarter of the contest, the midlanders are now out of the championship.

With less than a minute gone on the clock Wicklow made the perfect start with a goal. JP Nolan and Tom Keogh combined before Eoin Doyle shot to the net.

Tom Keogh hit over a point in the sixth minute to extend the early lead but Longford were back in the game one minute later when Micheal Hynes found the back of the net with an excellent finish.

Wicklow replied with two points before Longford got a point through Sean Morgan in the 18th minute. Longford struggled and Wicklow’s dominance saw them hit over five unanswered points with impressive full-forward Doyle inflicting most of the damage.

Longford got a much needed point in the 29th minute when Emmet Brady hit over a fine score. Micheal Hynes then brought a fine save out of Wicklow keeper Jack Sargent in stoppage time. Wicklow broke with Tom Keogh hitting over a point to extend their lead to eight at the break: 1-10 to 1-2.

Wicklow made a fine start to the second half with two points in quick succession. Micheal Hynes got Longford’s first score on the changeover from a free and then in the 37th minute Emmet Brady scored a badly needed goal.

The response from Wicklow was excellent with JP Nolan firing over a point and Joe Prendergast getting two goals in quick succession to stretch the lead to a massive 16 points by the 40th minute.

Longford got their third goal in the 57th minute through substitute Ruairi Corcoran for what was nothing more than a consolation score in this disappointing defeat.