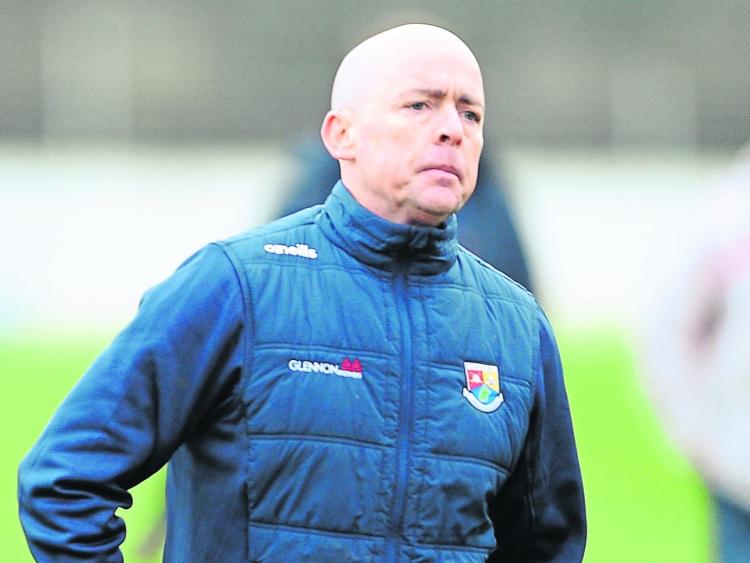 Longford senior football manager Padraic Davis has praised the unbelievable response of the players in the preparation for the return to competitive action away against Derry in the refixed National League Division 3 game on Saturday.

For the first time in over seven months the inter-county season, so badly hit by Covid-19,  resumes this weekend despite the mounting health fears all over the country during these very difficult times.

While the focus is firmly on the Leinster Championship first round clash against Louth on the October Bank Holiday weekend, Longford are heading up north looking for a win over Derry (throw-in 4.30pm) in the Round 6 clash to keep their promotion hopes alive and Davis is in a positive frame of mind.

“All the available players are now back with us and since the return to county training in the middle of September the response has been unbelievable.

“Myself and the other members of the management team are working with a so committed squad despite the constant Covid fears.

“While it is great to see Robbie Smyth returning we unfortunately have lost a couple of players who were also back in the panel. Barry McKeon and Darran Quinn are both ruled out with recurring injury problems which is a blow,” stated Davis.

Some good news for the county manager is the added asset of pacey forward Larry Moran who is back with Longford following a lengthy injury absence and he has been in impressive form for his club Killoe in the 2020 county championship.

Rathcline’s Shane Kenny is also part of the panel again in the aftermath of his injury problems while Davis is continuing his policy of introducing some promising young players into the senior ranks.

Jack Duggan, whose father Derek is a former Roscommon footballer, is still u-18 but he is now a regular with the Clonguish senior side and the accurate attacker has the ability to shoot some excellent scores.

With all the same players that were there before the coronavirus lockdown back in the middle of March there is no reason for Longford to fear Derry who are notoriously inconsistent.

“It is hard to know what to expect against Derry but at their best they are difficult to beat and particularly so with home advantage.

“It will be strange going up there and togging out on the opposite side of the pitch with no access to the dressingrooms but we just have to get on with it in compliance with the Covid restrictions at this moment in time,” said Davis.

Longford have warmed up well for the tough task in Derry with wins over Leitrim, Sligo and Cavan in useful challenge games and will be quietly confident of getting a result in the ‘behind closed doors’ fixture.

Derry is currently deemed a coronavirus hotspot and with this scary situation obviously a cause for concern, Longford GAA have requested that the NFL game be moved out of Celtic Park in the city to another venue with the Owenbeg Centre of Excellence the probable alternative.

Game will be streamed live on GAAGO

GAAGO.ie will exclusively stream up to 23 games from the  return of the Allianz National League action including the Derry v Longford fixture on Saturday.

Previously available outside of Ireland only, the service will for the first time allow GAA fans at home to stream inter-county games live or on demand in 1080p HD. Sign-up is via the GAAGO.ie website or the GAAGO iOS and Android apps.

The move is a boost for supporters unable to attend matches due to Covid-19 restrictions, and ensures that they will still be able to see their teams in action.

Games from every division of the Allianz Football League will be available on the platform.