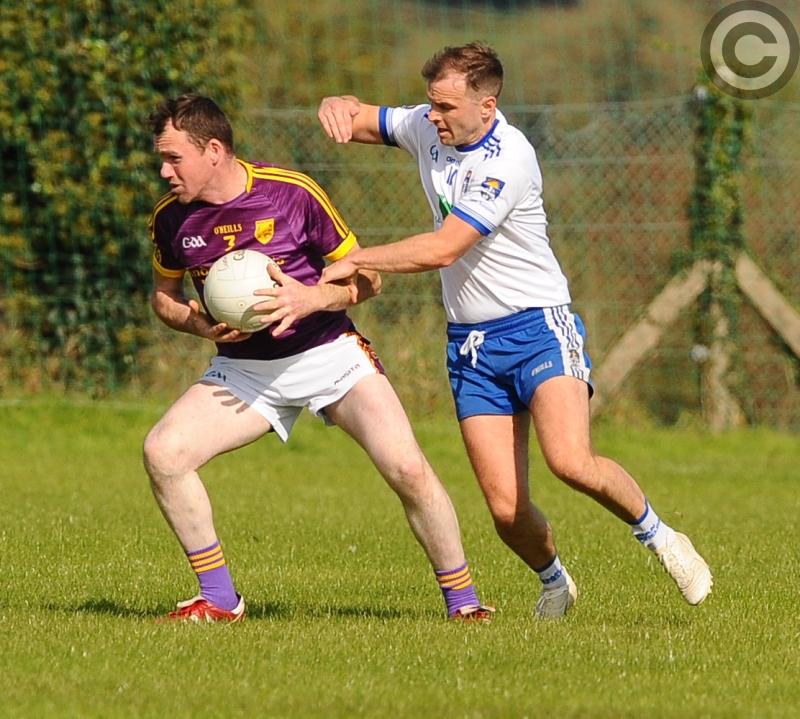 Young Grattans, managed by Collie Clarke, laid the foundations for this comprehensive win with a strong first half performance as they booked their place in the last four of the Junior Football Championship in proving too strong for the other solely junior club Legan Sarsfields.

Kevin Jones and Reuben Murray scored the goals in the first half of the quarter-final clash at Moran Park, Carrickedmond on Sunday while Murray saved a penalty right at the end after keeper Conor Gallagher was dismissed for a black card offence.

Noel O’Neill’s first penalty attempt hit the butt of the post but it had to be retaken with Murray making an excellent save to stop O’Neill from scoring his second goal for the Sarsfields.

Grattans were ahead by 15 in the closing stages  but credit to Legan they fought hard to score 1-2 in the space of three minutes to close the wide gap.