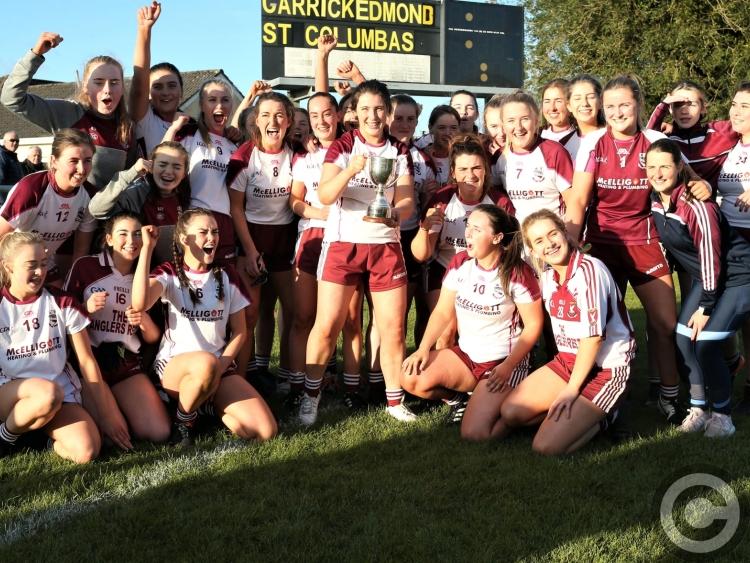 Pictured with the Junior Championship Cup is captain Carmel McGivney and the other members of the jubilant Mullinalaghta ladies football squad at Maguire Park on Saturday Picture: Syl Healy

Fortunate to snatch a second chance in the drawn game with Lauren Burke breaking through to score a brilliant equalising goal with the last kick of the game in stoppage time,  Mullinalaghta were eventually crowned Longford Ladies Football Junior champions in the exciting final replay on Saturday.

Played in perfect conditions at Maguire Park in Ballinalee, the Carrickedmond second string were looking good when they led by 2-7 to 2-3 at the break but only managed to add another two points to their tally in the second half.

Inspired by player of the match Ella O’Reilly, Mullinalaghta came storming back on the changeover to score 2-5 and thus made amends for the bitter disappointment of losing the Junior Championship finals in 2018 (v Grattans) and 2019 (v Colmcille).

Match report and pictures in this week’s Longford Leader, on sale on Wednesday