Longford MFC Final: Slashers might just have the edge over Clonbroney/WolfeTones 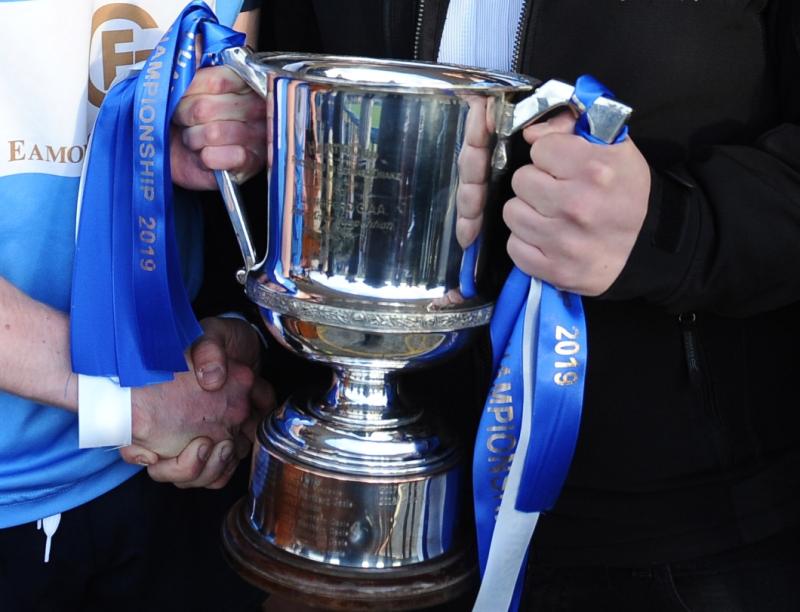 Who will win the Harte Cup on Saturday . . . Longford Slashers or the Mostrim/Sean Connolly's amalgamation?

While there was also a surprise result in the other semi-final with Clonbroney/Wolfe Tones knocking out Northern Gaels, the same Sean Connolly’s/Mostrim amalgamation won the Juvenile (U-16) ‘A’ Championship a couple of years ago.

Things were very tight at the penultimate stage of the current U-18 competition with just a solitary point separating the sides in both games and another close contest is probably in prospect in the county final at Glennon Brothers Pearse Park this Saturday, 2pm.

Slashers are bidding to retain the Harte Cup and have improved considerably since suffering a heavy defeat against Northern Gaels (Abbeylara/Mullinalaghta) in the group stage.

It is much the same story for Clonbroney/Wolfe Tones who were no match for the Colmcille/Dromard/Ballymore combination in the earlier rounds of the championship but now find themselves in the final.

Adding the Minor title to the U-16 crown they captured in 2018 will be a tremendous achievement for the Mostrim/Connolly's amalgamation should it happen to materialise and their main men are strong centre-half-back Sean O’Sullivan and lethal full-forward Tiarnan Hussey, the latter now a regular on the Mostrim senior team.

O’Sullivan, on the other hand, featured on the Sean Connolly’s side that reached the semi-final of the Intermediate Championship this year along with Ronan McGreal who will command a place in attack for the minors.

Dylan Lynch, Jack Belton, Adam Reilly, John Doris and Ronan Courtney are other key players on the Clonbroney/Wolfe Tones team and they will go into the final in a fairly confident frame of mind.

Boosted by a well-taken goal from lively corner-forward Dean Coughlan in the early stages of the game, Slashers showed fierce resilience to eventually overcome St Colmcille’s/St Francis by the minimum of margins.

With around ten members of last year’s successful side the sky-blues will be hard beaten in their quest to win significant back-to-back Minor titles that was last achieved by the club in 2000/2001.

Captain Cian McGuinness is a commanding figure at full-back while the driving force of the impressive Daniel Kurkin at centre-half-back proved to be a vital factor in the semi-final win.

Ben Lynn produced a powerful performance at midfield against St Colmcille’s/St Francis and will be hard stopped in the final while sharp forwards Mario Pirlog, Dean Coughlan and Ronan Sheahan are all capable of getting the vital scores.

Predicting the outcome is a difficult task and particularly so in view of what happened in the semi-finals but Slashers, with the experience of winning the U-18 title last year, may just have the edge over Clonbroney/Wolfe Tones.