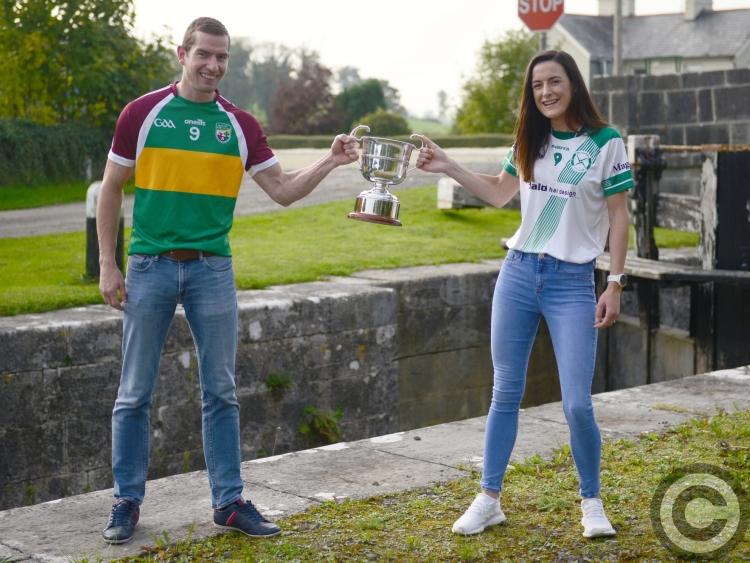 After coming so close to winning the title a couple of years ago, Ardagh Moydow are back in the Intermediate Championship decider with a strong chance of capturing the Gerry Hennessy Cup on the evidence of their excellent win over Ballymahon in the semi-final.

It was a pity there had to be a loser in the 2018 final with Rathcline eventually emerging victorious after a second replay to end a thrilling trilogy but Ardagh Moydow have bounced back in a determined bid to go one step further.

Providing the opposition in the eagerly awaited 2020 Intermediate final at Glennon Brothers Pearse Park this Saturday evening (5pm) are St Brigid’s Killashee, a club that have been consistent contenders in the second tier championship and who last captured the county crown in 2016.

Ray Curley was the man in charge back then and the Ballyleague native has returned for a second stint at the helm this season and clearly making another significant impact.

With the Skelly brothers Willie and Emmet back in action after reversing their decision to retire from football, St Brigid’s received another significant boost with the arrival of a couple of new players in Chris Dineen and David Buckley, the latter a Longford senior hurler.

Razor sharp attacker Darren Carberry is also back with Killashee but he is currently on the casualty list after sustaining a serious elbow injury in the opening round of the championship against Ballymore.

Carberry has been sidelined since then and is set to miss the final which is a big blow for St Brigid’s in their bid to win the Intermediate title for the fifth time in the proud history of the club while Emmet Skelly is also likely to be ruled out due to a recurring hamstring injury.

Before Ardagh and Moydow became the one club, St Patrick’s can look back on a distinguished tradition that yielded three Intermediate triumphs along with four Senior Championship titles in a glorious past.

Former Abbeylara and Longford star Niall Sheridan was appointed the new manager of Ardagh Moydow this year and while his side were fortunate to overcome Sean Connolly’s in the first round they clicked into top gear to crush Cashel by the wide margin of 13 points in the remaining group fixture.

That sparkling form was carried into the semi-final against Ballymahon with goals from Killian Farrell and Dylan Coady paving the way for the eventual seven points success but it came at a price that could prove costly.

Young Coady was badly injured in the process of planting the ball in the back of the Ballymahon net in the early stages of the second half and he will be unable to feature in the final as a result.

Other injuries to Niall Keenan, Daryl Carrigy (also ruled out) and Shane Henry will be causing big Niall some serious cause for concern in the preparations for the big match but he is working with a well-balanced team that are fancied to come out on top no matter what fifteen players start on Sunday.

Ardagh Moydow will be depending a lot on key forwards KIllian Farrell and Paddy Ganley for the vital scores, clearly reflected in the fact that the dangerous duo accounted for 1-8 of the 2-10 total against Ballymahon in the last four clash.

Former Slashers and Longford defender Dominic Glennon is a commanding figure at full-back with wing back John Keegan also playing well in a generally sound defence.

Paddy Keenan will be hoping to perform a prominent part at midfield, as he did against Ballymahon.

Paddy is in a household divided over the Intermediate final as he is married to Killashee lady Alice Magan who comes from a family with a strong association to the St Brigid’s club.

Killashee are also unbeaten on the path to the title decider and showed a lot of resilience in coming from behind to overcome Kenagh in the group stage with wins over Ballymore and Ballymahon also registered in reaching the last four.

Taking on a much improved Sean Connolly’s side in the semi-final was always going to be a difficult task and so it proved to be with a late goal from substitute Mark Rossiter clinching a very hard earned victory.

St Brigid’s are now facing their toughest test against Ardagh Moydow and only their best efforts will suffice if they hope to win the county title.

Cillian Lee and Johnny Casey backbone a decent defence while the probable midfield pairing of Michael Farrell and James Willis are capable of making a good impact in this vital sector.

There is considerable scoring power in the Killashee attack with Willie Skelly, Dylan Farrell, Francie Dolan and Chris Dineen a definite threat but they can expect fierce resistance from the resolute opposing defence.

If Ardagh Moydow can reproduce the same sort of impressive performance that shattered Ballymahon in the semi-final they will be extremely hard beaten in the battle for the Hennessy Cup.