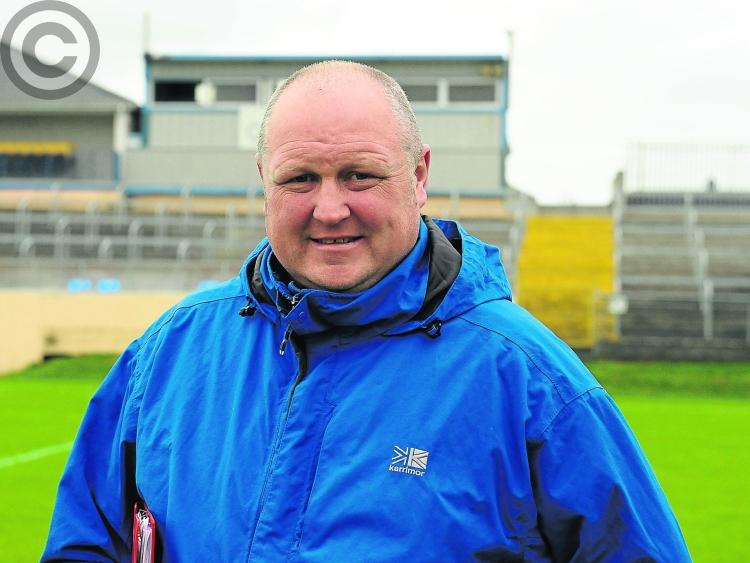 Former Longford footballer Niall Sheridan has played in county finals with Abbeylara but on Saturday he will manage a side for the first time in a championship title decider when Ardagh Moydow take on St Brigid’s Killashee at Glennon Brothers Pearse Park, throw-in 5pm.

Big Niall is hoping Saturday is a historic day not just for him but for the club as they bid to win their first county title in the guise of Ardagh Moydow, now affiliated as a single club.

Sheridan said: Winning an Intermediate championship creates history because it’ll be the first championship the club will have won since they joined forces.

“We aren’t expecting anything easy. Finals aren’t meant to be easy. They are not worth winning if they weren’t. We are expecting a very tough game against Killashee.”

Having managed Granard and Dromard in the senior grade this is Sheridan’s first experience of the Intermediate Championship.

He was aware of the talent that would be at his disposal when he was approached about the Ardagh Moydow job. The one thing he wanted to instill in them was to play as a team.

“I felt there was a lot of talent there but they weren’t playing as a team. The lads are coming along and everyone is buying into it.

“The thing that has impressed me most about the lads this year is that they want to learn. We are in the final from playing good football and hopefully it’ll continue through into Saturday.”

At the start of the championship many tipped Ardagh Moydow as one of the favourites to win the Gerry Hennessy Cup but Sheridan wasn’t looking further than the group stages.

“We could only concentrate on our own job in the early rounds and that’s what we did. We also got lads back on the field; Killian (Farrell) was back for the first game. Playing as a team, that’s what we want to do.”

Ardagh St Patrick’s won the Intermediate championship in 2013 and were beaten after two replays by Rathcline in 2018 as the Ardagh Moydow amalgamation.

Standing in their way of winning the championship for the first time as Ardagh Moydow are Killashee and Sheridan knows his side are up against a good side.

“Killashee are a good team, fast and well balanced. They don’t rely on one or two players. They’re an all-round team, a bit like ourselves.

The Ardagh Moydow  manager believes Saturday’s final will be a good game of football.

“They are two footballing teams. This is a game we want to go out and win. It’s like everything else, whoever performs on the day, get their heads right and get the scores when you need them.”

As well as Daryl Carrigy (who has been so unlucky with injury this year), Ardagh Moydow will be without Dylan Coady for the final.

Coady, who has impressed in his first year of championship football, was injured against Ballymahon in the semi-final.

Sheridan said: “He is a promising talent and a great lad. He is just one of those lads you love to see do well. You’d feel for him with the injury. The one thing I admired about Dylan more than anything was that after he got hit he still went and stuck the ball in the net. It showed the type of strong character he is.”