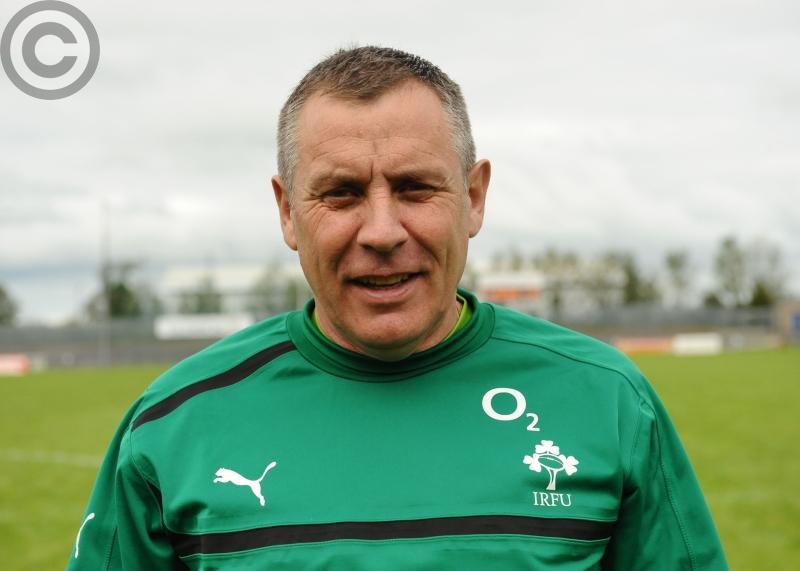 Ray Curley from Ballyleague, back for a second stint as the manager of St Brigid's Killashee Intermediate football squad Picture: Declan Gilmore

Ray Curley has been there and done that with St Brigid’s having won the Intermediate Championship with them as the manager in 2016. He is back at the helm this year and continues to guide Killashee in the right direction.

The Ballyleague man said: “It’s great to be back at the club and to be in another final. I haven’t a whole lot to do, it’s more or less the same group of players we had before.

“We are there to set the guidelines and it’s a player driven thing. They are a very good bunch of players and are hungry for success. It’s very easy to manage them.”

Under Curley, Killashee got to the final in 2015 but lost to Rathcline and then won the Intermediate title in 2016. They also got to the Leinster Junior Club Final in 2015.

“This Killashee squad are a real championship side. We had no doubt starting into the championship that we were going to come out of the group.

“We set our goal at the start of the year to come out of the group and top it; we achieved that and it’s great credit to the players,” commented Curley.

St Brigid’s booked their place in the final with a hard fought win over Sean Connolly’s and their boss said his side showed their character in that game.

“Connolly’s pushed us close and it could’ve gone either way. The team showed their steel and gritted their teeth and ground out the result. That’s great credit to them.

“This is the fourth year we are together as a group. 2015, ‘16, ‘17 and now. We have been down all these roads before. The run in the Leinster Championship in ‘15 has really stood to us. The lads won’t panic and keep plugging away.”

Curley exudes positivity and it’s something he instills in his players.

“I expect them to be the best they can be every day they go out and I think that positivity rubs off on the players and they try to perform every time they go out.”

Killashee are attempting to win their fifth Intermediate title on Sunday but are up against an Ardagh Moydow side hoping to claim a historic first success. Curley is well aware of the threat Ardagh Moydow pose but has great belief in his side.

“We are in the final on merit. We are hoping to win the title but It’s going to be a big task.

“Ardagh Moydow are a strong team with very good players and have been knocking on the door for the last three/four years trying to get over the line.”

Ray Curley is delighted that a number of supporters will be able to attend the big game on Sunday and he is really looking forward to the final.

“Both teams go out to play football and there will be some great players on show. Hopefully we’ll have a good atmosphere and a cracking game.”