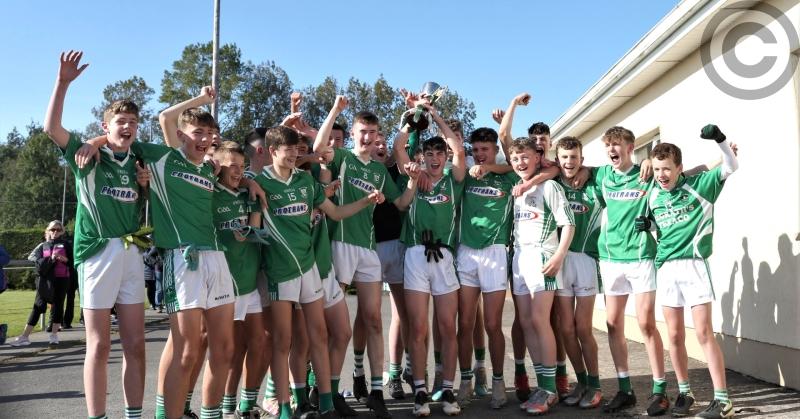 Boosted by a brilliant start with Michael Flynn breaking through to score a cracking goal in the opening minute, Clonguish Og never surrendered the lead on their way to winning the Juvenile Football Championship title.

A second goal followed from Andrew Flynn midway through the first half of the entertaining county final at Maguire Park, Ballinalee on Saturday to put Clonguish in a strong position.

St Colmcille’s/St Francis battled back to close the gap with goals from Eoghan Williams and John Boyle (a brilliant strike) and just three points separated the sides at the break, 2-5 to 2-2.

Clonguish were gifted a third goal in the early stages of the second half with Daniel Carey getting the vital touch but the Colmcille/Dromard/Ballymore amalgamation got back into contention when Dylan McCabe finished the ball to the net.

It was extremely tight for the remainder of the match but Clonguish managed to consolidate their grip on the game to emerge victorious without one their key players, the injured Matthew Flynn.