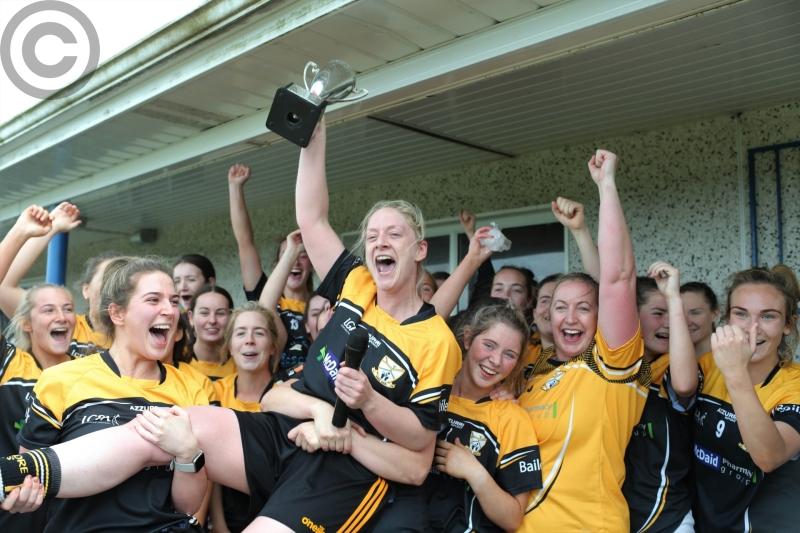 Goals win games and that was the case at Glennon Brothers Pearse Park on Saturday as Ballymore claimed the Ladies Intermediate title for the first time in 10 years. After the heartbreak of losing the previous two finals, Ballymore can now finally celebrate a notable success.

Ballymore took a while to get into their stride but once Emer Heaney scored their first goal in the 16th minute they settled down to play some good football on the way to emerging victorious.

Credit to Colmcille who battled hard even when they found themselves trailing by the wide margin of 14 points in the early stages of the second half.

The experienced Mary Kiernan saved a Michelle Farrell penalty in the 54th minute as Colmcille fought back to make for an exciting finish but Ballymore were the superior side and deserved their win.

Dynamic duo Ashling Reynolds and Emer Heaney were immense throughout for Ballymore, clocking up the tremendous total of 3-13 between them.