Killoe and Mostrim clash in the SFC this Friday night 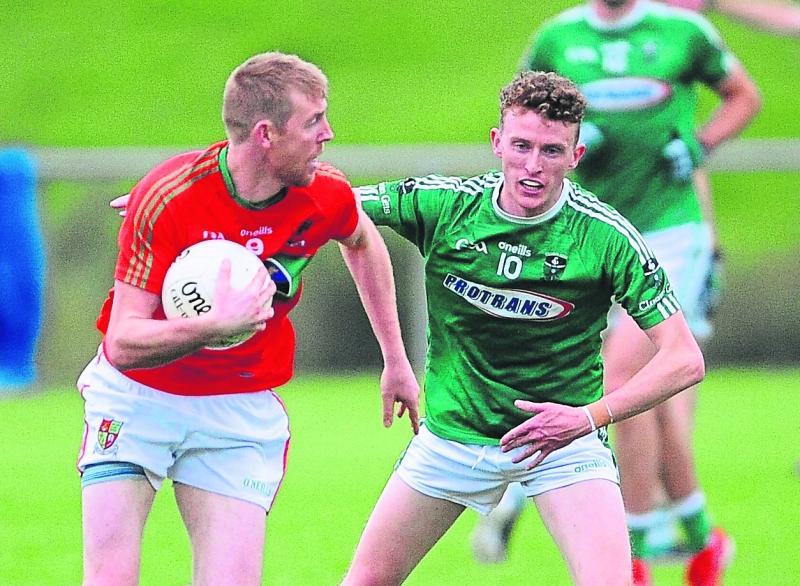 Seamus Hannon on the ball for Mostrim in his bid to evade the challenge of Clonguish opponent Alan Gregg. Action from the drawn SFC Group 2 game on Sunday August 16 Pic: Declan Gilmore

Five weeks ago Killoe Emmet Og played their first round fixture in the 2020 Peter Hanley Motors senior football championship with a comfortable 0-14 to 0-9 win against Clonguish.

With the 48 weeks suspension quashed by the DRA, Killoe can now resume the delayed defence of the Longford county title in the remaining group fixture against Mostrim which is fixed for the Monaduff grounds in Drumlish this Friday night, throw-in 8pm.

St Mary’s Granard and Abbeylara have been waiting patiently to see who they will face in the quarter-finals and as soon as the Killoe v Mostrim game is over a draw will take place at the Monaduff grounds to determine who plays who.

Extra-time if necessary and “Winner on the Day”

Juvenile (U-16) Football Championship Round 3

All games at 7pm

Extra-time & Winner on the Day (if necessary)

Under 14 Football Championship Round 2

All games at 7pm